Let’s face it – the main criticism of privacy coins is that they’re involved in criminal activity in some way. In fact, that’s a criticism that cryptocurrencies in general tend to draw, despite the fact that the vast, vast majority of criminal transactions are carried out in good old-fashioned fiat currencies.

The truth is, there are all kinds of crucially important use cases that privacy coins like Monero and Zcash can facilitate.

A major flaw in the fiat system is that the digital trail of personal finances left by online transactions leaves retail consumers open to being targeted by bad actors. Phishing scams and data breaches result in people’s bank account details being stolen and used to facilitate money-laundering and credit card fraud without their knowledge, and there are huge, thriving black marketplaces which deal in stolen financial information.

Beyond being digitally attacked, there were several instances last year where people were physically attacked and robbed of their Bitcoin.

By leaving no trace of transactions, users have no vulnerable data to be exploited and used for criminal activity.

Agree. Zcash's privacy tech makes it the most interesting Bitcoin alternative. Bitcoin is great, but "if it's not private, it's not safe." https://t.co/HqwQOvSCiz

Seeing as Edward Snowden openly spoke out in support of Zcash, it’s no wonder that the Edward Snowden Foundation accepts the privacy coin as a payment method for donations to Snowden’s legal defense. In a world where political affiliations can and do get people locked up or killed by oppressive governments, it’s important to have an untraceable method of sending peer-to-peer transactions to support revolutionary causes.

That may sound like hyperbole in the case of Snowden, but he’s actually a perfect example – former US President Barrack Obama made it illegal to donate money to Snowden’s cause, legislating that the government could even seize and confiscate any funds sent, and making the use case for privacy coins in political support not an ideological theory but a very real and practical use case being put to good use right now, today.

Same texts we received on our cells here in Pakistan ????

I recently wrote about how banks in India and Pakistan are forcing customers to choose between crypto or banking services, scanning all account transactions and closing down the accounts of anyone found purchasing or trading in Bitcoin or other digital assets.

Cryptocurrencies are a real threat to the traditional banking system, but the infrastructure and adoption simply isn’t there yet to allow people to forego banks altogether. Banks in these countries are trying to draw a line in the sand, nipping adoption in the bud by making customers elect currently functional services of the past over the low-cost, decentralized solutions of the future.

However, once again, privacy coins can save the day here and are likely already playing a role. Services like Local Bitcoins can allow people to buy Bitcoin without a digital footprint linking it to their bank account, and then from there the Bitcoin can be transferred to a decentralized exchange and used to buy untraceable privacy coins, allowing people personal freedom over their own finances without banks and state bodies shutting down their bank accounts.

The Link between Coronavirus and Cryptocurrency 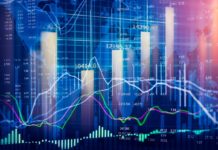