Idex recently announced a transitory period for implementing their KYC (Know Your Customer) policy. It is a move in the wrong direction and the exchange has faced backlash from the community since then.

KYC is a benchmark set by banks with an aim at tracking every customer. Every country’s central bank enforces this standard against the commercial banks that run under them. KYC is a silent mode of Anti-Money laundering Laws (AML).

Crypto industry is based on a different set of values, one of which is the ability to keep one’s funds private. This is also in the view that governments do not have a favorable view of Crypto tokens and Bitcoin as yet.

Decentralized exchanges like Idex had gained momentum primarily because they were thought to be decentralized – which means they run on nodes, are geographically distributed and no government or jurisdiction can shut them down.

By enforcing KYC, Idex will not only be subject to rules of every jurisdiction, but also function like a company. It will need to maintain some governance over the network which means the investors who have bought their token and should hope for making themselves heard in the governance of the platform would be disappointed.

It is evident that users have massively withdrawn since the KYC was announced. It doesn’t help even with providing tiers of disclosure with respect to the amount one intends to transfer.

KYC makes this market less free. Crypto traders are sensitive to that. Idex mentioned in a tweet that they see many short term benefits of this move primarily that large funds will trade on the exchange. Their aim is to increase liquidity with this. However, if we look at the chart above, they have lost more than half their volume or users.

Ethfinex Trustless is among the decentralized exchanges, and they seem to have studied the wrong move by Idex. Will Harborne the Ethfinex Lead had this to say, “We will do everything within our power not to introduce KYC on Ethfinex Trustless now or ever.”

Open Access is one of the core innovations of this space, and what makes cryptocurrencies so powerful, and as an exchange is something we have a duty to protect.

One other signal of Idex treading on the wrong path comes from the contest by Bearle, a Moscow based Software firm specializing in blockchain. They termed it as “adminWithdraw”. Although Idex users trigger transactions from their front end, Bearle shows that the code at the backend is executed by admin, hence posing a form of centralization within the entire system. Idex may not be as decentralized as we think, which is the main attraction to huge cohorts of Crypto-lovers who transact at their will.

KYC is not favorable for digital assets. Towards the end of the first quarter of 2019, Binance too went down the same route. Although for Binance it comes as part of a patching model to build up from the losses occasioned by hackers within their systems. But the problem imposed by the KYC was locking up more than 29 nations including the US. The will of crypto enthusiasts persists even beyond the KYC bottleneck. Binance users have been reportedly using VPN to keep accessing the Binance.

When Idex applies KYC and other AML provisions, it is an act of centralization. It also brings in too much of scrutiny into the space. To remain decentralized is not just to provide custody of funds to the users. It is to be different from a bank by opening a free marketplace. 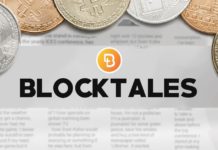