What is Puertopia – Building a Decentralized City 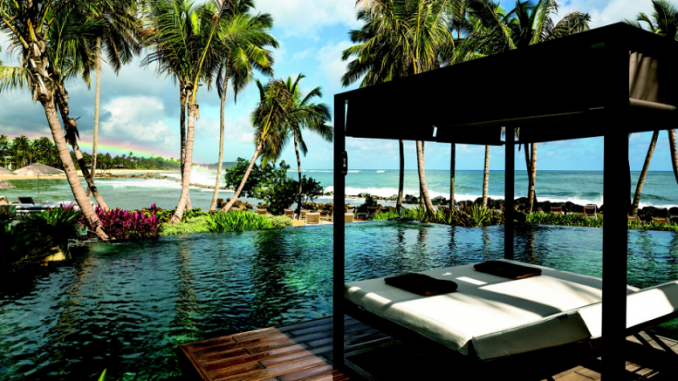 When I first heard that a bunch of new-age hippy crypto investors were planning to move to Puerto Rico and literally build their own city, I had a number of reactions.

Then I looked into it a little more, and then I heard who was behind the whole thing. Let’s just say my views have changed a little.

I’m going to preface this by saying yes, they’re serious, and yes, they might actually have the money to do this. The group, currently consisting of dozens of very wealthy investors, are considering buying 250,000 acres of land in Puerto Rico to construct “Puertopia”, a city where the only money is crypto and the rich don’t pay any taxes. Yep, that’s about the long and short of it. Actually, they’re thinking of changing the name to “Sol”, because “Puertopia” in Latin translates to “Eternal Playground for Boys”, and some people thought that was kind of weird.

I have to admit it could be an interesting experiment. A major problem in cryptocurrency is adoption, and the crypto utopia proposed by Puertopians could demonstrate how things might operate financially were cryptocurrency to be more accepted within our society. Of course, the tax breaks are one of the factors that drew them specifically to Puerto Rico, a US territory where the only people who have to pay any federal income tax are government employees. They also came to capitalize on the reconstruction efforts following Hurricane Maria to rebuild local infrastructure from the ground up. It’s very different having to adapt current systems to fit new tech than it is to build something from scratch with that tech in mind from the start. Cheap land also helps.

Hurricane Maria devastated the territory and destroyed much of the local infrastructure, leaving locals without power for months, and many still affected.  The disaster resulted in cheap property in need of refurbishment hitting the market as locals were displaced by the storm, and corresponded with a huge increase in the value of cryptocurrencies as well.

The plan is a little further along than you might expect – dozens of people have already moved to Puerto Rico to realize this utopian vision of building a crypto utopia, a new city where the money is virtual and the contracts are all public and are holed up in San Juan, buying up hotels and other buildings suddenly available to them. They congregate in one hotel called The Monastery, and from there they plan their next moves.

It’s interesting that an area with power shortages was chosen for a movement fueled by cryptocurrency, which can be extremely power dependant – one Bitcoin consumes the same amount of energy as dozens of Puerto Rican homes, many of which are still suffering outages. It all begs the question – what’s the goal here?

Advocates of the movement claim that they are”benevolent capitalists” spreading a movement that’s all about peace and restoration. The millionaires and billionaires descending upon the battered tax haven say they want to help Puerto Rico, with mixed reactions from locals. The movement could drive A LOT of foreign investment into the recently battered island and because of that, the government seems receptive to these new crypto utopians. They’re even trying to establish the first crypto bank to help speed up their plans. Whatever the case, building a city with crypto is something a lot of people talk about in hypotheticals…they’re actually going for it.

Who’s behind it all?

The leader of the Puertopia movement is Brock Pierce. An early adopter in cryptocurrency, Pierce became a member of the Bitcoin Foundation in 2014. He later co-founded a blockchain-for-business start-up, Block.One, developing potential Ethereum competitor EOS and raising billions in the process. EOS hopes to launch the largest network of DAPPs ever when the main net launches later this year.  Recently, he resigned his position at  Block.one after John Oliver’s crypto segment earlier this year alluded to scandal’s in his past, instead focusing on other investment and community building opportunities.

Reportedly Pierce is now something of a new age practitioner and viewed as spiritual leader by the other Puertopians, described as spending time nestled in trees, kissing the feet of old men in the street, and using crystals in rituals to connect with the earth. He seems to have completely re-invented himself becoming the guide of this crypto revolution….I guess making billions of dollars in a few years changes people.

Initially it sounded like a collective of elite millionaire investors looking for a tax haven devastated by natural disasters to set up what they’ve named in Latin the “Eternal Playground for Boys”. But as is usually the case, there’s two sides to every story and building a city or community with blockchain processes from the ground up could be a very very interesting project. Everything from ID verification to money transfer, financial inclusion and autonomy could change the way we think about the future of society.

Whatever happens, it’s an absurd and compelling story.

One thought on “What is Puertopia – Building a Decentralized City”