“The single most important moment in cryptocurrency history since the birth of Bitcoin.”

That’s how Ethereum co-founder Gavin Wood described the decision to split Ethereum in two via the hard fork that created Ethereum and Ethereum Classic. The fate of $50 million worth of hacked investor funds was at stake, but the ramifications of the fork have implications far more widespread than the hack, or even of Ethereum specifically.

To understand Ethereum Classic, we need to understand the reason for the split, and why it’s considered to be so significant for crypto in general.

It began with the DAO, the Decentralized Autonomous Organization. Transactions and commands are made in the Ethereum system via smart contracts, computer programs that execute to perform a specific function. Transferring funds from one party to another requires a smart contract to execute the transfer.

The DAO is a smart contract designed to allow a democratic election among Ethereum users. The legislation? DAPPs, Decentralized applications created to work on the Ethereum system. The idea of decentralization has many benefits – consider the application that stores and processes your credit card details online. Centralized, it’s vulnerable to attack. Decentralized, it isn’t. With the data stored and encrypted on nodes across the world, the information is far more secure.

Ethereum has always sought to act as an “uncensored app store” in which new applications are created by users and distributed freely. The DAO was to allow users to buy DAO tokens with Ether and use the tokens to cast votes as to which DAPPs were to be incorporated as part of the Ethereum system.

Voters get to choose what happens with the technology? That’s great!

It could have been – but after raising $150 million, it was compromised, and $50 million was siphoned away by hackers. This was an issue with the DAO contract itself, not with Ethereum, but many people didn’t appreciate the distinction and Ethereum plummeted in value. The founders were faced with a very difficult decision, and a controversial one.

Despite the greed, the scams, the wild speculative gambling, there are underlying values to cryptocurrency that many hold dear. The blockchain is unchangeable, transactions are irreversible, the record kept in the ledger is law. The idea that the blockhain is never altered by human hands creates the concept of a safe haven free from corruption and attack.

For die-hard crypto users, cryptocurrency represents a balancing of the scale, decentralized and transparent public control of finance. That’s the idea. However, a lot of investors had lost a lot of money, and not everyone was inclined to see it that way.

1) Accept that investor money has been hacked and either lost or stolen and continue – onwards and upwards.

2) Soft fork: update the code of the Ethereum system to prevent the stolen ether from ever being used. The funds are “frozen” forever, no investor refund.

3) Hard fork: Split the chain in two. Where the soft fork is a backward compatible update, this update is not – the split effectively creates two separate currencies that will not be unified again. Investor funds are refunded.

The community voted, and the majority actually chose the soft fork. People weren’t happy about changing the code, but backward compatible update meant that the chain remained intact, and the community was essentially stepping in this one time to freeze the stolen funds. Not an ideal solution for those who felt the code should never be tampered with, but that’s what the people wanted.

There was a problem.

It emerged that a soft fork would make denial of service (DoS) attacks against Ethereum viable. DoS attacks occur when hackers spam a system with commands, slowing everything down and creating a backlog. The soft fork was completely out of the question, but something had to be done. The remaining option was the hard fork.

While much of the difference between the currencies is ideological, there are logistical differences as well. Apart from the new chain’s migration to PoS, the monetary policy changed significantly.

ETC proposed a tithing system that introduced “a 20 percent reward reduction about every 2 years, so the supply will level off at some 200 million ETC around the year 2070 — with a hard cap of around 210 million ETC.” This system works similarly to Bitcoin, an increasingly deflating currency with a hard cap.

Those who ethically, philosophically, and morally disagreed with the idea of the blockchain being tampered with stuck with ETC, Ethereum Classic. To them, it was unacceptable that people could choose to interfere with the sanctity of the supposedly unalterable system.

This time, it was for a “good” reason, but it set a precedent for people to try and alter the chain for personal financial gain. If changes can be made on human whims alone, how is it any better than fiat? What’s to stop it from happening again? This came too close to the corruption and authoritarian dominance that so many users turned to cryptocurrency to escape.

Notable advocates of ETC include key crypto figures like Barry Silbert, founder of Digital Currency Group, and Charles Hoskinson, ex-CEO of Ethereum who is now an Ethereum Classic developer.

However, the majority of Ethereum’s heavy hitters supported the fork and moved on to the new chain. Ethereum founder Vitalik Buterin was strongly in favour of the hard fork, saying it would prevent “replay attacks” resulting in further malicious theft, and he took most of the core team with him.

Ethereum Classic has one major thing going for it – integrity. The chain was uncompromised, and it has never suffered any alterations. No “take backs” are allowed in this system, meaning any unfortunate losses of currency are the responsibility of the users. Ethereum Classic is the original Ethereum system, using the original Ethereum coding. The project aims to build a blockchain platform allowing software developers to build decentralized applications that are stored an all ETC nodes.

However, because it is not backwards compatible with Ethereum, it is not updated when Ethereum is updated. While Ethereum has moved from the cumbersome Proof of Work system to Proof of Stake, speeding things up, Ethereum Classic still uses PoW. For better or worse, it’s unchanged, and remains in the past in that sense.

Ethereum (the “new” Ethereum) received a lot of flak over the hard fork.

Many people felt that the developers had betrayed the core principles of the technology itself, tainting their work.  Of course, those people stuck with ETC, and those more sympathetic to the difficult situation got on board with ETH. The developers were able to refund the $50 million, and with the core team of developers working on the new project, went on to make great changes and progress with their project.

The issue has been hugely divisive in the cryptocurrency community. It’s conceivable that any system could face the same problem as Ethereum/Ethereum Classic. It’s true that Ethereum has done great things since the fork – but at what cost?

Was it the right move to allow Ethereum to fork to save investor funds? Or should it never have come to pass? The choice has been made, and Ethereum Classic carries on as the 14th most valuable cryptocurrency and a constant reminder of the values of immutability in the crypto space. 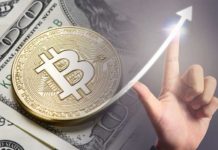