No doubt, cryptocurrencies are the main topic of discussions right now. Everywhere, you see headlines with exciting thousand percent gains for “coins” like Bitcoin and the likes. You’re seeing more and more people start looking for the next bitcoin, asking questions like what is ethereum? what is dash?

However, what gives them value? When have you ever used Bitcoin?

The truth is that it is not practical right now, primarily due to the amount of time it takes to complete a transaction. That notwithstanding, there are other coins out there that are rising as feasible candidates to replace Bitcoin as the No. 1 cryptocurrency for payments.

Having its cryptocurrency symbol as (DASH), this cryptocurrency was created on 18 January 2014 by its developer Evan Duffield and was originally released as XCoin (XCO). In February of the same year (2014), the name was changed to “Darkcoin.” Moreover, on 25 March 2015, Darkcoin was rebranded as simply “Dash.”

Evan Duffield had the passion for improving on the already existing technology of Bitcoin when he first learned about it in 2010. He found out that the technology was not private and fast enough, and he knew that Bitcoin’s core developers would not allow him to make those improvements, as the core’s code would need to be changed for this. He, therefore, corrected this glitch by building his cryptocurrency – which is today known as Dash.  As it stands, Dash users can now opt for full privacy in their transactions and remain completely anonymous, thanks to Evan Duffield.

Features and Value Proposition of Dash

Worthy of note is the fact that Dash is ahead of the game regarding speed of transactions and convenience.  As it stands, Bitcoin transactions take anywhere from 10 minutes to 1 hour before completion. Dash is stepping out to becoming the primary cryptocurrency with the fastest transaction time (in seconds actually) between parties, making it much more practical when buying things online.

One of the most alluring features of Dash is that 10% of the newly mined coins go to the Dash DAO (decentralized autonomous organization). In simple terms, the DAO is the treasury of Dash, which at the current price of more than $600 per coin is $4 million per month that it can use for development and increasing adoption and awareness of this currency.

Here are some unique features that make Dash stand out:

Unlike Bitcoin that practices a single single-tier network, where only miners perform all jobs on the network, Dash utilizes a two-tier network, thanks to its special privilege nodes called Masternodes. Miners handle special network functions like creating new blocks, but the second tier of the Dash network consists of “Masternodes” which perform InstantSend, PrivateSend, and Governance Functions. Anyone can form Masternodes by simply holding 1000 Dash as collateral to prevent Sybil attacks (an attack wherein a reputation system is subverted by forging identities in peer-to-peer networks). This collateral can be spent at any time, but by doing so, it removes the associated Masternode from the network. Interestingly, the block reward can be split between miners and Masternodes, each group having to earn 45% of the block reward, while the remaining 10% of each block reward is used to fund the ‘budget’ or ‘treasury’ system.

Via this unique feature, Dash allows you to send your funds privately by mixing it in between several other transactions, thereby making it very hard to identify any specific transaction. It became possible through a coin mixing service based on CoinJoin. With this optional privacy feature, which the user may want to use, it, however, has a limited cap of 1000 Dash for which you can send using this feature.

This service allows for near-instant transactions. By using this system, inputs can be locked to a specific transaction and verified consensus of the Masternode network. In the process, conflicting transactions and blocks are rejected, and validation of the transaction would then occur through standard block confirmation if a consensus cannot be reached.

Dash has topped the list of other cryptocurrencies for being the first decentralized autonomous organization (DAO) powered by Sybil proof decentralized governance and funding system. The Decentralized Governance by Blockchain (DGBB), commonly referred to simply as the “treasury system” is a means of agreeing on proposed network changes and funding development of the Dash network. Ten percent (10%) of the block rewards go to this “treasury” to pay for projects that benefit Dash. The Funds from the treasury system are mostly used to hire more developers and other employees as the need arises, to fund attendance at conferences, and to fund integrations with key exchanges, businesses and API providers.

By using the following formula: (YES VOTES – NO VOTES) > (TOTAL NUMBER OF MASTERNODES * 0.1), each Masternode operator gets one vote and Proposals becomes eligible for funding. In cases where more proposals meet that criterion than there are budget funds for the month, then the proposals with the highest number of net votes are paid. Through the dash.org forums, or through community-driven websites, like Dash Central, the community interaction with proposal submitters is done. These websites allow various proposal submitters to provide multiple drafts, and then lobby for community support before they finally submit their project to the network for a vote. When the submitter has enough support, the network will automatically pay out the required funds in the next superblock, which happens on a monthly basis.

As at January 2018, which is the time of writing this article, the total available circulating supply of Dash (DASH) is approximately 7.79 million, and the price of each unit of DASH is worth $1,248.

The ICOs – Initial Coin Offerings –  have become increasingly popular as a form of crowd-funding – by effectively allowing trading and recording ownership of shares, or stock, using an un-forgeable public and encrypted blockchain.

The whole idea of the initial coin offering (ICO) is to raise money to fund the development of some cool, next-level projects. The main aim is to create hype around the potential of the project. As it stands, would-be investors, wanting to stake their claim in the future of a particular blockchain currency, project or token, can do so through the plethora of ICOs – which can often require a considerable initial buy-in of $10,000 or more. Better still, they can trade tokens, coins, and currencies – which all fall under the combined label of cryptocurrency- on many online exchanges.

Dash, on the other hand, has developed a funding mechanism to safeguard against ICO complacency. For a start, its payment happens monthly, rather than all at once which implies that while a crowd-funded token only really needs to hold its value for the initial large hype burst, Dash must hold its value long-term for developers to continue to get their payment. Such practices motivate them to keep working on the coin with a sense of necessity, as their financial future depends on its continuing viability. Second, and most important of all, payment is not automatic, but must be voted on by the masternode stakeholders. That way, even if Dash gets a remarkable and lasting burst of hype, and developers can be defunded and replaced at any time if they fail to put the kind of work into the project that satisfies the investors.

This mixture of market incentives brought in by Dash keeps development focused and efficient, and far from complacent, thereby solving the inertia issue that affects many crowd-funded projects in the crypto space.

This is certainly one of the most exciting projects in the crypto world.

For more “what is…” articles check out our beginners guide to Litecoin, Ripple, Cardano, Eos, and Stratis. 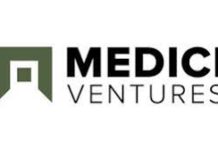