A brief history of Bitcoin

Let’s start with the basics shall we? You can’t very well conquer Westeros Bitcoin if you don’t understand anything about it.

In the late 2000s, an anonymous fellow named Satoshi Nakamoto proposed a system based on some previous research projects. Satoshi authored the now famous ‘Bitcoin: A Peer-to-Peer Electronic Cash System’ whose stated goal was to create a new electronic cash system” that was “completely decentralized with no server or central authority.”

Without any concept of a central bank, who is to prevent you from spending your same $100 more than once? How do you even prove who you are when you want to spend it? Bitcoin’s answer to this problem involves using fast computers and advanced math to create a cryptographic blockchain. Basically a ledger.

Simply put Bitcoin is a person-to-person digital cash. Most importantly, it’s decentralized, meaning it can’t be controlled by any single person or company or country. This is especially important since the Iron Bank has controlled most aspects of money since before the Doom of Valyria.

You have no doubt heard the term “blockchain”, but what does this mean excatly? A blockchain is just a digital ledger. This ledger, like a traditional accountants ledger, records every transaction ever made on the bitcoin blockchain.

There are no Iron Bank to mint coins, to distribute the and no “authority” that can control it. It is in a category of money known as cryptocurrency.

How in the 7 Hells is it created and distributed then? Bitcoin is “mined” by powerful computers connected to the internet. Mining is the process of using a ton of computer power to solve a complex equation. Imagine it as trying to solve a very difficult equation by attempting every possible answer until the right one is found. The computer that solves the equation first is rewarded with a coin. The miner can then sell his bit coin to anyone he wants: Either Peer-to-Peer or through an exchange.

Bitcoin and many other cryptocurrencies rely on mining to verify the integrity of transactions (and thus the entire blockchain). In theory you can mine on any computer. But in the past couple of years, specialty hardware has been developed that makes solving Bitcoin’s specific equation very fast. This makes mining Bitcoin unprofitable for home users on their regular PCs. Sorry reader your a bit too late to convert Casterly Rock into your own personal Bitcoin mine.

There are currently about 17 million bitcoins in circulation and a total of 4 million Bitcoin yet to be mined. This means the total supply of Bitcoins is capped at  21 million. This cap raises an argument that Bitcoin could have problems being used with so few in circulation. But because Bitcoin (the currency) can be broken down and divided into smaller units this issue is mostly non existent.

Like $1 can be broken down into 100 pennies, Bitcoin is also divisible. The most common unit of measurement is a single bitcoin or 1 BTC. This can then be broken down in to eight decimal places, or 0.00000001 BTC, or as it’s commonly know “1 satoshi”. That means you do not have to buy 1 whole BTC to own Bitcoin, you can own a fraction of a Bitcoin like 0.00004520 BTC.

Where do you store your bitcoin if there is no Iron Bank?

Bitcoin can be stored on digital wallets. There are a variety of wallets that you can choose from: Online, PC, Hardware and paper. If you would like an extensive guide on Crypto wallets, and recommendations, check out our guide Crypto Wallets: What are they and how do I use them.

This only scratches the surface of Bitcoin. We haven’t even delved into the rival digital currencies, or  altcoins, where Ethereum, NEO, Litecoin and the like duke it out for The hand of the king. Make no doubt, Bitcoin sits on the Iron Throne.

1. It’s decentralized
The Bitcoin is not controlled by any one central authority, but rather distributed across a network of computers that mine bitcoin, process transactions and work together to confirm the blockchain.

2. It’s sort of anonymous: The Iron Bank would like you to think it’s a tool for the Starks and Martell’s to launder money and wage their wars but that is simply not true. Bitcoin wallets, and their addresses, are not linked to names or physical addresses unless that wallet address is obtained from an exchange where the user did extensive KYC. Theoretically, that wallet could be linked to a specific user forever if enough effort is made by authorities and the exchange hands over records. A user can own multiple wallets which is why its very difficult to know how many unique users around the world are using Bitcoin at any given moment.

3.It’s transparent: Wait what? The blockchain stores every transation that has ever happened on the network. If you have used a public address, and chances are you have on an exchange, then anyone can know how much Bitcoin is stored at the address.

5. You gotta pay transactions fees: If I were to transfer some Bitcoin at this very moment it would cost me $14. About 0.001 BTC. Not to bad for large sums but unacceptable for small transactions. At certain times the fees can get steep because there are too many transactions to process at which time miners prioritize transactions that offer a higher fee.

7. It cannot be repudiated – Resistance if Futile. 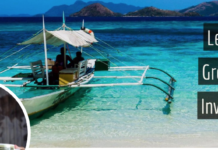 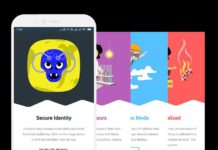