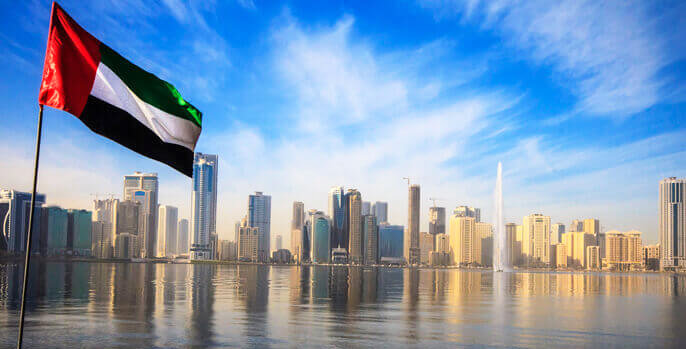 The United Arab Emirates (U.A.E) has announced plans of permitting Initial Coin Offerings (ICOs) as a method of raising capital for domestic companies. The country is looking to put up a legislative framework to be introduced in 2019. The new rules will open an avenue for local corporations to raise capital through crypto token sales. This will be an alternative to the traditional Initial Public Offers (IPOs) according to a news report published on Monday by Reuters.

While announcing the move, head of U.A.E’s securities watchdog Obaid Saif Al Zaabi alluded to a dampened environment for IPOs in the country. He indicated that a double-whammy of low oil prices and lackluster equities markets in recent years have decreased IPO performance in U.A.E as well as in the neighboring nations. One of the ways of dealing with this situation is by boosting the number of IPOs by allowing family owners to sell up to 100 percent of firms under their control. This will be done by drawing up a new law which measure is currently awaiting approval from the Prime Minister’s office.

The nation’s regulator, in conjunction with advisers from outside the country, stock markets in Abu Dhabi and Dubai to prepare trading platforms for the new digital assets. The laws are intended to provide a legal basis for ICOs which are currently unavailable. Once passed, the nation will become among the first countries in the world to establish a regulatory framework for the blockchain funding method.

Other Jurisprudential approaches to ICOs

Nations have moved in to legislate frameworks for cryptocurrency and blockchain technology so as to avoid missing out. Malta, for instance recently passed several bills to provide a legal basis for ICOs. It hopes to become a ‘Blockchain island’. Its Prime Minister recently addressed the United Nations on the subject. He said that cryptocurrency is the inevitable future of money to the world. Another case in point is Bermuda who are hoping to attract more businesses to the island by providing enabling laws that would allow ICOs under certain conditions. Bermuda has also put in place a standing task force geared towards boosting cryptocurrency commerce.