The Bitcoin market is exploding with the surge of BTC $35000 in 24 hours. The trading volume of Bitcoin is surging with the figures hovering around $35000.

A news post on beincrypto claimed that the year seems to be kind on Bitcoin. BTC has managed to reach the $35000 figure causing a boom in the market and there are no signs of going down. These kinds of volume leaves have never been seen before in the crypto market.

According to CoinMarketCap, the online cryptocurrency market capitalization aggregator, the volume of Bitcoin is more than 104% in a single day. It has caused an increase in the volume causing vital price growth giving a bullish sign for BTC, the world’s largest cryptocurrency.

Crypto Inferno is a seller in the cryptocurrency market had this tweet on Bitcoin volume explodes as BTC targets $35000.

The most interesting fact about this explosion is that there is no possible reason. The start of 2021 has showcased the real power of BTC. It is already risen by 20% and only seems to be headed further the road.

Market analysts point out to fear among investors not being part of the rise. They are heavily investing in BTC causing it to only rise. Investors want to gain from the price increase in Bitcoin. In 2017, investors saw a bull run that nobody could predict.

It took even the seasoned players by surprise and then swooped down without a shadow. Perhaps, investors fear that this time, they do not want that kind of surge and sudden decrease in the market to happen.

Here, there is colossal support from the individual as well as organizational investment. Everybody is keeping their tabs open and ready to buy or sell 24/7. That is a good sign. A look at the Bitcoin forums will give you an idea of the tremendous action happening out there.

Michael Saylor, who is the CEO of MicroStrategy, did not want to invest in Bitcoin. Saylor did not initially believe in the power of Bitcoins. Eventually, Saylor decided to purchase Bitcoin using MicroStrategy’s reserve treasury.

MicroStrategy accumulated $650 million from purchasing Bitcoins alone. Other organizations that have invested in Bitcoin are Mass Mutual, PayPal, and Square. It goes without saying that BTC is here to stay for the betterment of the financial industry.

Bitcoin on Exchanges Drop to Lows Not Seen Since 2018, Meaning Profits 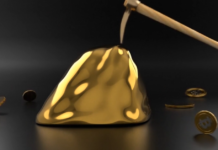 With $2 billion Worth of Longs Decimated, Is Bitcoin’s Correction Phase Finished?