THE WEEK IN CRYPTOCURRENCY

If you’re a Seinfeld fan, high five! If not don’t mind my enigmatic title to this weeks newsletter. The past few weeks have been trying times for crypto enthusiasts. Many of the crypto veterans are used to this volatility and crazy price swings (serenity now) but for many of the new arrivals the first 3 months of 2018 have been a practice in “Insanity later”.

As the image below attests the past 7 days have shown some recovery from the top five coins on Live Coin Watch. A good sign, no doubt, but shortlived when you realize Bitcoin decided to take an early morning dump on April 09. Serenity now, Serenity Now……

The overall cryptocurrency marketcap fell a mere 1% in the past week dropping our total marketcap to $259bln. To be honest this is actually rather comforting but its been a choppy week with wild swings. One thing is certain, there are a lot of seasoned traders out there filling up their bags (portfolios) waiting for the the next altseason.

Bitcoin: Finally some sideways action. This week has actually felt rather pleasant. Week to week Bitcoin dropped 5% at is priced at $6680 as of this post. See, sideways movemtn. Aside from the morning dump I mentioned earlier we find the chart for the past week was looking OK. We are still in some periolous times though people. Tax season is upon us as well so we expect an outflow of crypto investments.

Ehtereum: Morning dumps seem to be the thing today. ETH was not immune to some early fat fingers (of weak hands?) as the pirced dipped 10% in  6 hours, then rise 3% and then settle at $395 as of this post (another 2% drop). How do people day trade this market? You people are my heros, or not. We here at crypto is coming are still pretty shocked ETH is trading at this price.

Litecoin: Misfortune comes in threes…they say. I generally don’t believe that crap, but the three coins we follow here at the Raven’s Dispatch have all experienced morning dumps.  LTC looked prime to go on April 2 with a 20% pop to $136 then lulled the bulls into a trap and fell back on it’s heels to $114 as of this post. Another 17% drop from week to week.

What’s new at Crypto is Coming

Last week we closed our first (of many) Crypto is Coming Giveaways. We awarded a Trezor hardware wallet (valued at 89Eur) and Vol. 1 & 2 of Andreas Antonopoulos The Internet of Money to two other lucky winners. Congrats to our winner and register with us to keep up with future contests.

The lies of Craig Wright according to Vitalik Buterin. That should be a book title. Or a short movie staring DJ Qaulls (look it up). Vitalik Buterin took to Twitter today to bash Craig Wright during a presentation titled “Bitcoin, Controversy over Principle” at the global economic forum Deconomy. It seems like a rare moment of public courage and bravado to call Wright out like that, but the twitterverse was out of their seats and applauding the Ethereum wunderkid.

While you are at it, if you haven’t done so already, check our guide to Wanchain. Another interesting project that wants to create a new market of cryptocurrencies via cross-chain transfers on different blockchains. Sound confusing? Read the guide and get up to speed 😉

Did you know that 92% of Millennials don’t trust banks. At least that’s according to a Facebook IQ survey (who trusts them know…..). That not the point though.  The average millenial is 26.5 years old which means that on average, millennials are now reaching the age where people begin to look at two things: housing, and investment. Will Bitcoin Could Define The Millennial Generation – Here’s How.

We recently attended a “Meet the Manager” ICONOMI event in Madrid last week where they showcased a few of the funds and their strategy and earnings. Over all a well organized and infrmative event. ICONOMI offers investors a different way to get expsore to the Crypto market. Check our article ICONOMI: A different way to invest to learn more

Cryptocurrency news from around the internet

Some of you may or may not know but John McAfee is a rather vocal supporter of cryptocurrency. Actually he’s a shiller. He’s a terrible, horrible coin shiller and he charges $150k for for every promotional cryptocurrency tweet.

South Korea is seriously making a push to be a crypto/blockchain behemoth. Seoul is considering the creation of an S-Coin token and having a blockchain based government. How South Korea might use blockchain is futuristic.

The people over at Bloomberg state the obvious: Ripple has offered money to US exchanges in return for being listed. It’s a bit of a hit piece on XRP since every single altcoin pays for listing on exchanges. It’s just surprising it’s been published on bloomberg.

At the end of 2017, with Bitcoin futures on the horizon, word on wallstreet was the SEC might approve Bitcoin ETFs. That was quickly kiboshed and the news got cold. Queue the potential rebirth of the Bitcoin ETFs.

Wall Streets Thomas Lee is expecting a massive outflow of Cryptocurrency Investments Before Tax Day. And here comes the #FUD. Problem is Tom Lee is pretty well respected. But what does he know about crypto! Someone on twitter said moon. So that’s where we’re going.

Tax season is upon us and suddenly you gotta pay taxes on those crypto to fiat gains. Ahhh shit. But fear not, the good people over at Coindesk have put together a guide on how to mount your tax defense.

While some countries move to formulate regulation, lay foundations for start ups, and attract blockchain talent – others move to have their central banks “stop” dealing with crypto related accounts. The Indian government has been somewhat hostile to cryptocurrencies since January and continue that streak into April.

Did you know that cryptocurrency prices affect the amount of #HODL comments on Reddit? Seems pretty obvious but the people over at Hackernoon take a light hearted look at the relationship between comments mentioning #HODL and the total crypto market cap.

That’s it for this weeks edition of the Raven’s Dispatch. Keep an eye here for future contests and giveaways. If you have any feedback email us at info@cryptoiscoming.com

The Crypto is Coming crew

Sign up for our newsletter, The Raven’s Dispatch, here 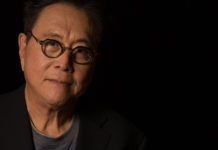 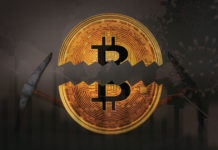 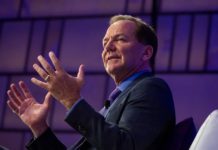 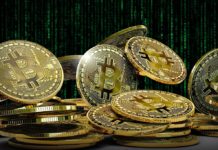 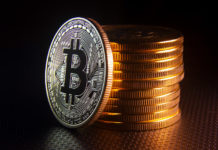 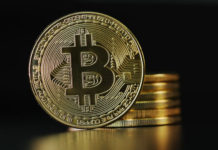