It seems like every week someone elses crypto gets stolen

Once again hackers find creative to hack up to $5 million from unsuspecting people. 40 people to be exact. And the cheeky hacker even had the stones to hack phones at Consensus. This hacker is my kind of scum. This is the first known form of this hacking, known as Sim Hacking, in order to steal crypto currency. What is Sim Swapping? A mobile phone SIM card stores user data in Global System for Mobile phones. Without a SIM card, GSM phones aren’t able to tap into any mobile network. The hacker will trick the mobile network service and have them transfer mobile phone numbers of targets onto a SIM card which is held by the criminal.

One the number has bene obtained the hacker has access to reset any passwords on the phone and gain access to online accounts or cryptocurrency exchanges. And voila, stolen crypto. Joel Ortiz, the antagonist of our story, even stole millions from Consensus in may of this year. Joel was captured trying to escape to Europe and now faces 28 charges. The full Motherboard piece is worth the read. Be safe out there familia. Now it’s time to engage the Dispatch! (better intro?…I didn’t think so).

Contrary to what many in the community thought, 2018 is not our year. But there are still four months left right? Plenty of time for a turn around. The overall cryptocurrency market kicked us in the gut the past week moving from $271bln to $232bln representing a 15% decline since the last Dispatch. And like lemmings the top five also went over the cliff.

Bitcoin (BTC): It get this acute sensation week to week, as I put this thang together, that i’ve seen this story before. Bitcoin dropped 14% the past week suffering a steep decline Tuesday evening. As of this post BTC is settling (we hope) at $6500 .

Promether (PYRO): Founded in August 2017, Promether is a new type of network called an Adaptive Symbiotic Network (ASN). It works on three principles: network, application and users. The outcome is simple, providing security to everyone. The foundation of this network is based on AI with the use of ubiquitous computing.

That’s quite the mouthful, and pretty ambitious. But in this hyperconnected world security should be everyones primary concern. The list of features is long but one recuriing theme sticks out throught the whitepaper: security, encryption,

Promether is currently holding a private sale which closes upon raising $7 million. Currently in its second phase, it has already raised millions by offering it’s native coin (PYRO) and bonuses to early investors. Promether plans to have a public ICO in the near future once its minimum viable product, Contact, is ready for launch.

If you want to know more about Promether check out our guide.

WHAT’S NEW AT CRYPTO IS COMING

BTC vs. BCH: Let’s get ready to rumble– We take a look at the advantages and disadvantages of each coin, examine the value proposition, branding and level of decentralization in this piece.

What is Promether? – We take a look into this project aiming to provide us better security and anonimity on the internets. With all the hacking and loss of personal data it’s time we have take a different look at security.

LATOKEN’s CEO Believes Tokenized Assets are The Future – The young multi-asset exchange has announced Bitcoin deposits and withdrawals are now enabled. Given the fact the Japanese Yen is the second most traded fiat currency with Bitcoin, the company hopes this move will accelerate that market’s penetration.

Exclusive: ABCC Exchange is Launching Its App This Week – The Singaporean exchange has recently issued its ABCC Token (AT), and it’s now getting ready to launch its smartphone app. I spent some time playing with the test app, and I can say I was pleasantly surprised.

Bitcoin: Uncorrelated assets, the “holy grail” of portfolio allocation – When it comes to investments of any kind, it’s important to understand how the assets in question are related to others on the market. Bitcoin offers traders a lifeboat when things turn rough by being uncorrelated to the stock market

Bank in Myanmar To Integrate Blockchain For Its Migrants in Thailand – Myanmar’s Shwe Urban & Rural Development Bank has partnered with Everex, a financial technology (fintech) company to develop a blockchain-based digital remittance service between Thailand and Myanmar.

Is Ethereum Classic About To Make Its Move? – With a clear roadmap and team, deep pocket investors and strong support in Asia, is Barry Silberts long on ETC about to pay off?

– A lot of commotion this morning in the crypto streets. First news broke that New York Stock Exchange’s parent company ICE will launch new futures contract that delivers real bitcoin.  It also seems Coinmarketcap got a little too excited by this and began displaying prices over 10x! At this point, we’re not sure if this is related to a hack on their site or their price providers.

Top 15 upcoming ICOs (August 2018)  – Another great infographic from @ico_analytics showcasing some of the highest rated upcoming ICOS based off reviewers data points. Check it out!

Exclusive: LATOKEN’s CEO Isn’t Scared of His Bigger Competitors – In an exclusive interview for Crypto is Coming, Valentin Preobrazhenskiy, LATOKEN’s founder and CEO, talked about how the exchange came to be, his thoughts on its competitors, and its future goal.

India Doubles Down on Blockchain-Powered Hubs With Its New Initiative – The country has made clear it is ready to embrace blockchain, and it isn’t afraid to show it. Officials have recently announced India will be developing a ‘blockchain district’ in the Indian state of Hyderabad.

CRYPTOCURRENCY NEWS FROM AROUND THE INTERNET

SEC Postpones Decision on Bitcoin ETF Listing to September – Ahhhhh, a life line. Or is it? The U.S. Securities and Exchange Commission has postponed a decision on whether to allow the listing of an exchange-traded fund backed by Bitcoin.

Duo Security researchers’ Twitter ‘bot or not’ study unearths crypto botnet – A team of researchers at Duo Security has unearthed a sophisticated botnet operating on Twitter — and being used to spread a cryptocurrency scam…..TIf you use twitter for anything crype related then you’ve seen the ETH bots. This is so anticlimactic.

Goldman Sachs Is Planning a Crypto Custody Service – Goldman Sachs Group Inc. could offer a boost for the burgeoning universe of funds betting on cryptocurrencies.

Money or Assets? How World Governments Define Cryptocurrencies – Cryptocurrencies — what are they? Money? Commodities? Securities? Utility tokens? Or something else? Few national governments seem to be in any kind of agreement on this question, and for now, at least, their divisions have given such currencies as Bitcoin and Ethereum a floating, indeterminate status on the global stage.

The NYSE’s Owner Wants to Bring Bitcoin to Your 401(k). Are Crypto Credit Cards Next? – Backed by Microsoft and Starbucks, Intercontinental Exchange is launching a startup called Bakkt to make the cryptocurrency safe for your retirement fund, and maybe for retail, too.

Mt Gox Creditors Prepare Revised Claims for Bitcoin Repayments Plan – In 2014, Mt Gox exchange handled an estimated 70% of the total Bitcoin supply until a security breach led to the loss and/or theft of approximately 850,000 BTC, worth $450 million at the time and billions today.

Six Reasons Why Institutional Investors Could Flock to Crypto in 2019 – A dude at Forbes who look pretty intelligent lays it down for us, guys.

US Treasury Dept. Fintech Innovation Report Touches on Crypto, Blockchain – A major new report from the U.S. Treasury Department published July 31 has called for a more agile and conducive regulatory approach to innovations in the fintech sector.

Thank you for joining us for this weeks The Raven’s Dispatch! Don’t forget to sign up for our newsletter so you can receive notifications via email that a new Dispatch was released! Also if you have any interesting news you would like to submit contact us at info@cryptoiscoming.com 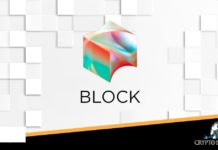 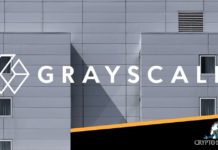