While cryptocurrencies are soaring high with new functionalities, altcoins are not far behind. Altcoin Dogecoin has especially been in the news these last few days. Dogecoin, which is a meme-inspired altcoin, has seen a sudden surge in popularity. This popularity is significantly contributed by Elon Musk, a man with several credentials to his name.

There are several factors in action here that are making the Dogecoin talk of the crypto coin. From Elon Musk and other digital top-league influencers to SpaceX being paid in full in Dogecoin for its next payload mission, Dogecoin has seen quite a rush.

Recently Mark Cuban and Elon Musk tweeted about Dogecoin that boosted its popularity and price by 20% in a day. Little did we know this tweet was just a pretext to what Elon Musk was actually planning about his companies and Dogecoin.

Apart from Elon Musk, Mark Cuban and Vlad Tenev also tweeted about altcoin, which significantly contributed to its popularity gain.

Soon after the first tweet, Elon Musk put another tweet on April 1st hinting at SpaceX’s plan to put ‘literal Dogecoin on the literal moon’.

However, the buzz died quickly as we did not see any follow-up since the tweet until May 10th, when he announced that SpaceX would be paid in full using Dogecoin for its next payload mission. This tweet was widely appreciated all over the crypto community as it marks the worldwide involvement and acceptance of cryptocurrencies in the economic sector.

Dogecoin to be included in Tesla?

After SpaceX, Elon Musk hints at a collaboration between Tesla and Dogecoin with his latest poll on Twitter. Today, he tweeted a poll asking, “Do you want Tesla to accept Doge?”

This tweet instantly became viral, with over 76% of people voting yes.

Does this mean that Tesla will soon include Dogecoin in its everyday transactions and financial services? Well, we cannot say anything for sure, but seeing the subtle but exponential involvement of Dogecoin and Elon Musk, it might be safe to say that Tesla and Elon Musk have something exciting for us in the store. 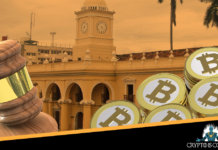