The advent of digital technology has given rise to an increasing number of cyber threats. As we have become more dependent on digital products and services, we have also become more vulnerable to cyber attacks.

From data leaks to identity thefts, it is a walk in the park for black-hat hackers to manipulate systems and networks with poor operational security. A general lack of awareness from users doesn’t help matters.

Here are some alarming facts:

The solution to these problems lies in the adoption of top notch network security, excellent online privacy and state of the art encryption. I have been using the internet for years now. I do everything on the web, from keeping in touch with my friends over Facebook to sending private emails to my clients. I even transact on the web, using PayPal and other such platforms.

All in all, everything that I do is on the web. Until a few years ago, I did not have to worry about my data being on the cloud, however things changed when one day I lost access to my Facebook account, because someone had hacked into it. Yes, someone was able to break into my Facebook and could view my photos, my private conversations and even steal my identity. I got worried, quickly spoke to a friends, got my account back with the help of Facebook and realized my mistake – not having proper security. What became clear to me then is that online security and privacy have never been more important.

Founded in August 2017, Promether is a new type of network called an Adaptive Symbiotic Network (ASN). It works on three principles: network, application and users. The outcome is simple, providing security to everyone. The foundation of this network is done on AI with the use of ubiquitous computing.

Applications inherit security, privacy and anonymity and pass these features on to networks to form a solid chain of security.

It is a step beyond. Promether doesn’t only deal with privacy on transactions and sensitive data but is focused on offering privacy on communications, engagement and daily online activities, too.

This is the era of the internet. Almost everything is connected to the web, from our mobile devices to our home security system to our vehicles. This makes it a very risky situation as everything that is on the web can be hacked, unless you opt for the right security.

There have been instances of hackers breaking into homes by hacking the alarm system and disarming it. Plus, your webcam can also get hacked giving stalkers and hackers access to your private life. All this is a dangerous situation that highlights the need for Promether even more.

Major reasons why we need this tool include: 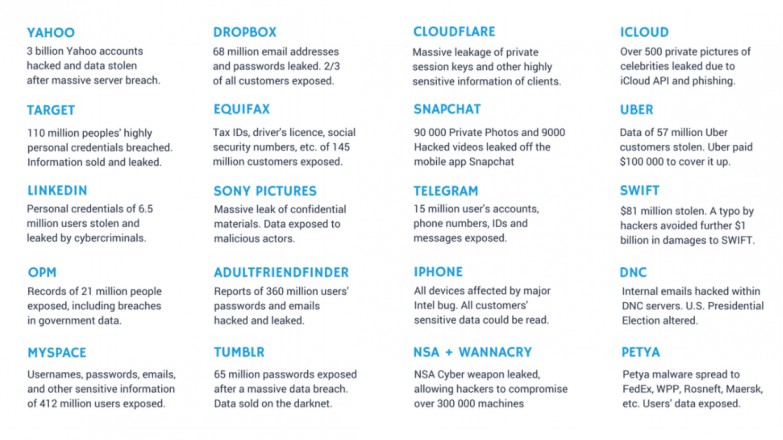 Even the biggest companies in the world get hacked…all the time. Increased operational security is becoming a necessity.

Promether is run by a group of professionals who have years of experience in the field. This tool not only guards you against threats that are out there, but also threats that may come in the future. For this purpose, the team has planned a roadmap that shows how the project is going to improve and scale over the months.

Note: Promether is currently holding a private sale which closes upon raising $7 million. Currently in its second phase, it has already raised millions by offering it’s native coin (PYRO) and a 70% bonus.

Not available to the residents of China, Canada and US due to regulatory issues. 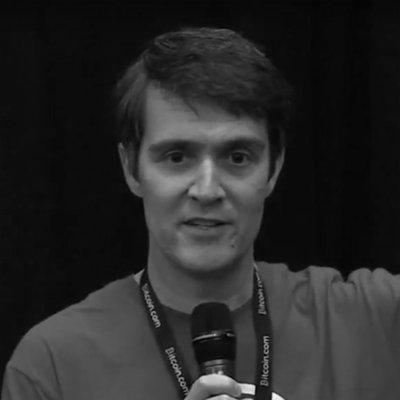 The founder of Promether has a degree in Masters in Computer Sciences (3.93 GPA) with many certifications. His academic qualifications and skills allowed him to get some amazing jobs, which makes his resume impressive from all perspectives.

He has served as a college professor in many schools and was the Lead Software Engineer on Guitar Hero® Warriors of Rock. He also worked as a Senior Multiplayer Programmer For Rockstar Games and developed the artificial intelligence for Grand Theft Auto V.

His previous project, Demonsaw, is a secure, anonymous, free, and decentralized information-sharing application with end-to-end encryption and no client P2P.

One of his strongest assets is AI, which he will introduce to the world of network security through Promether. His background also allows him to think from the perspective of hackers.

With 20+ years of experience in the field, he is one of the most reliable names when it comes to security and software development.

Founder of the Sublime Group that focuses on cryptocurrency projets, he served as an advisor to FanLogic Interactive Inc. and is now business director at Promether.

Rishan has a Bachelor degree from the University of Capetown in business science and actuarial science. A serial entrepreneur at heart Rishan has founded and invested in projects like Digilytic International FZE, DroneClouds and Ryde inc.

His passion, background and expertise is about connecting life changing technology with capital and bring more joy to the world. Can’t argue with that mission. 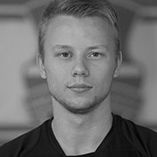 Elton is the founder of Starlike, a consulting company focused on blockchain and cryptocurrency that handles digital marketing, public relations, community management, branding and technical content.

Before joining Promether, and his experience in  corporate research and consulting led him to work as researcher and marketing advisor at Invest in Blockchain. Elton is also the co-founder of a blockchain information sourcing and tracking solution called CloakTrack.

The rest of the team can be found here.

Safe and Secure Communications and VOIP: Protects data from being exposed or leaked when communicating. Through it’s own messenger called “Contact” you can securely, privately, instantly and effortlessly communicate without the threat of surveillance or the risks of private data being exposed.

Decentralized Sharing And Storage: Share data safely on networks without the reliance of third parties or the risk of being under surveillance of hackers and other organizations. Additional features include streaming, archival and caching.

Secure Connections: With the tool, you can create new connections without any issue and browse anonymously with private browsing. Plus, it also gives you access to blocked websites.

Use It Without Tokens: The system is free and available even to users who have no PYRO of their own. This enables everyone access to decentralized networking and the benefits of blockchain solutions.

Scalability And Performance: Adapts to a technology when required resulting in improved performance and reliable scalability.

Promether is a blockchain powered utility that doubles as an API with fully programmable nodes. It offers an interoperable network that provides users with a safe environment to run applications. It is fast and scalable, with the potential to allow large amounts of data to transfer at lightning speeds.

Check out this white paper linked at the bottom for more details.

300 million coins will be created of which 10% will be kept in reserve for future use (future miner incentives). The total distribution looks like this:

Currently open only to private investors, Promether plans to have a public ICO in the near future once its minimum viable product, Contact, is ready for launch.  Contact is a truly secure VOIP/messenger for Android, iOS, Linux, Windows, OSX, and any IoT/ embedded device.

Along with the messenger, the Promether team plan on launching a built-in decentralized VPN network and a programmable API for developers BEFORE the public ICO. A stark contrast to the many “white-paper” ICOs in the cryptocurrency space asking for money without having delivered any code or product.

Promether is completely free to use and has zero transaction fees. Anyone in the world can use Promether with or without holding PYRO. However, coin holders and those who contribute back to the overall capacity of the network are given priority over use of the network. This ensures that anybody can use the network while minimizing leaching.

For individual users this works perfectly and for companies looking for enterprise level solutions for their businesses, this provides greater incentive for them to buy and stake PYRO. As demand for bandwidth on the network increases, so will demand for PYRO.

But We Already Have Decentralized Networks

Yes we do, but current solutions pale in comparison when it comes to privacy, ease of use, network capacity and security that Promether will provide.

This all-in-one, and ambitious solution comes with good intentions and is an open source tool with no restrictions. It’s modifiable, private and acts as a services API layer and network infrastructure that can be used to develop secure apps. This clearly is the future of network security.

That being said Promether is highly ambitious and one has to wonder if they can pull it all off. With a roadmap in place, and the team clicking and traveling the globe raising money and evangelizing the Proether project we believe this project is something everyone should keep an eye on.

Interested in other cool crypto posts….check out Institutions are finally coming!and Bitcoin ETF approval could be huge for crypto!.