The Blankos Block Party, inspired by designer/vinyl toy culture, allows users to play and contribute in a colorful online environment. In the game, NFTs symbolize unique products, such as avatar designs and accessories, which can be purchased and sold through the game’s marketplace.

Since its release, the game has collaborated with various brand and artist partners for limited-edition drops, including Burberry, Atari, and musician Deadmau5. However, you do not need to own NFTs to play the game.

Mythical games released the beta version of the game in 2020. According to the company data, Blankos Block Party beta has already attracted over one million players.

The company revealed intentions in June to launch the free-to-play title on the Epic Games Store this year. However, it is not yet accessible. Still, it was unclear if it would be the first game of its kind to hit the platform since Gala Games recently announced that their Western-themed shooter Grit would be the first NFT title to be released on Epic Games.

Epic Games has been one of the market’s few large conventional game developers and publishers to express a strong interest in NFTs. While the tier one gaming business hasn’t been particularly aggressive in the field yet, Epic CEO Tim Sweeney has a prominent pro-developer position and stated that NFTs might be pretty useful in gaming if given enough time and development.

While Epic has most likely hedged their bets and will be a ‘second mover’ – not the first, but certainly not the last – there has been some traction this week as Epic has placed their first-ever NFT game, ‘Blankos Block Party,’ on the Epic Games Store.

Non-fungible tokens, or NFTs, are digital tokens containing a unique identifying code that attests to the fact that only one of that token exists. NFTs may be used to validate ownership of digital goods such as artwork, records, virtual real estate, or pets since each NFT is unique. 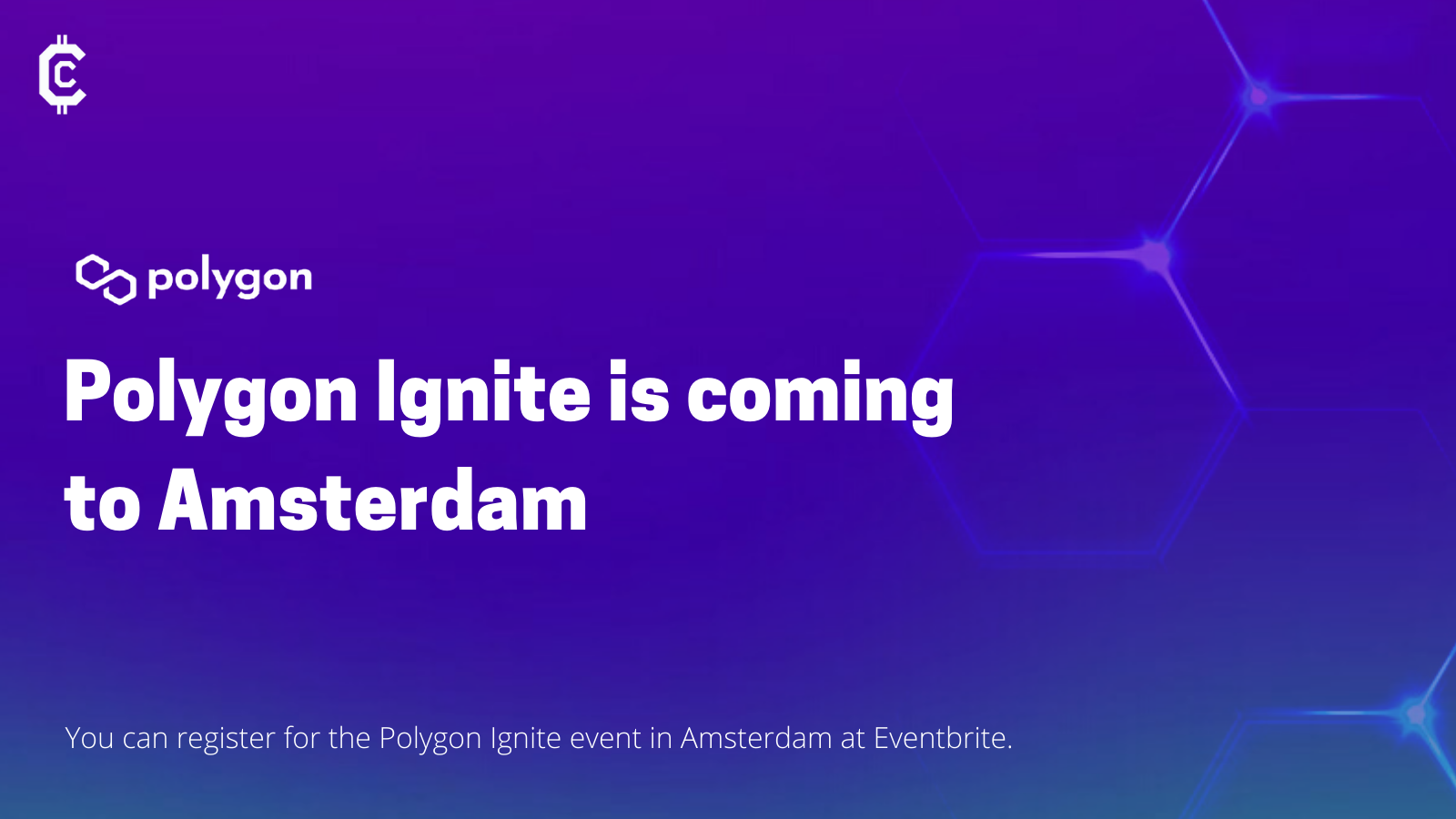 The world of blockchain is evolving at an unfathomable scale, and this growth is evident from various events being organized every day in different parts of the world. From global conferences to more targeted events, there have been several exciting meetups in the past few years.

Polygon Network, one of the fastest and lowest gas fees blockchain networks, has also been proactive in holding different events. Polygon Network is the leading platform for Ethereum scaling and infrastructure development that offers developers easy access to major infrastructure and scaling solutions.

Polygon Ignite is holding a conference in Amsterdam on April 22nd, Friday with a targeted approach of educating the attendees about the development ongoing in Polygon Network. The team from Polygon will discuss the ins and outs of the Polygon Network in the following agenda.

This excellent lineup of speakers will engage with the audience in an immersive discussion about Polygon’s approach and the future avenues the blockchain network is targeting. This conference is an excellent chance for all blockchain enthusiasts and Ethereum/Polygon developers to connect with the leaders of the industry.

You can register for the Polygon Ignite event in Amsterdam at Eventbrite.

Khaitan & Co, a full-service law firm has been advocating against the ban on Cryptocurrencies by RBI. With the vision to take the Indian cryptocurrency industry to a global level, the doyen of the Indian law sector has collaborated with Block On and CREBACO Global to organize a webinar that intends to bring together thought leaders, government officials and regulators of the market. The event titled “Cryptocurrency in India, what the future holds’ has been backed by CREBACO Global which is a leading research and Intelligence firm. CREBACO Global has incessantly worked towards making the blockchain and crypto industry free from scams and Ponzi schemes.

The regulatory schema of cryptocurrencies in India is emerging but is in the embryonic stage. The lack of crisp regulations around the industry has discouraged several investors out of the Indian crypto space. The webinar plans to contemplate on the severe pain points of the Indian crypto industry with effective deliberations on how a future defined by a supporting crypto regulatory framework can be chalked out.

The discussion will be centered around

Rashmi Deshpande, partner Khaitan & Co moderate, while the chairman of Block On, Jagdish Pandya will deliver thanksgiving speech. The attendees of the webinar event could be entrepreneurs, crypto leaders, miners, developers, regulators, lawyers, and many more. Event participants will also get one month’s complimentary access to Whi-Libray – Crypto, and Blockchain White Paper library by CREBACO Global. Another event hosted by Block On with WazirX and Inblox will succeed in the webinar. Only invited attendees can attend the follow-up event.

To be part of the India wants Crypto Regulation networking event, Organized by Inblox and Block on and sponsored by Wazirx. then click here to get more details.

If you want to access the White Paper from CREBACO Global then get it from here.