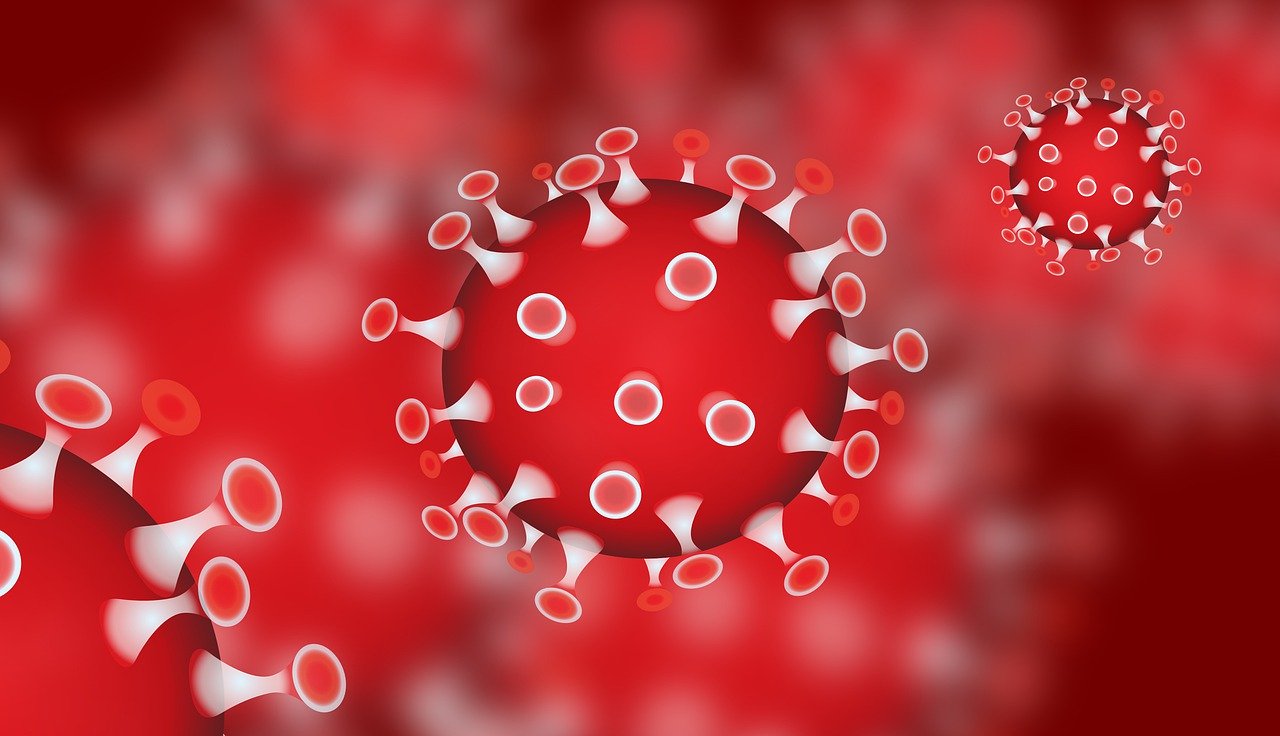 To say that Coronavirus is the only factor impacting the economy will be an overstatement.

Newsmakers, analysts, strategists, and decision-makers around the world earlier believed that the impact of Coronavirus is much larger than what it is made out to be but with the markets finally coming back to normalcy the opinions might differ. The illustration below shows the essence of the volatile markets until they started to normalize.

When fears of Coronavirus were still hot, traders of cryptocurrency were facing highly volatile markets due to the spread of the virus. The number of virus cases reported in the rest of the world has exceeded the spread in China which has given rise to new fears. But, on the global economy in general, the virus is certainly leaving no stone unturned to instill fear and lack of confidence.

The global economy is slowing down and with the fear that Coronavirus is spreading leading to a universal deceleration, all the benchmark indexes are dropping by the day. S&P 500 index has already reduced by an alarming 10% since 2020 began. Bitcoin or BTC as we know it is also burning its fingers with the mighty downfall of cryptocurrency trading below $9000. The over-the-counter (OTC) volume trading of cryptocurrency albeit became higher as the virus has been constant news in the circles.

Cryptocurrencies like Bitcoin did suffer a minor setback due to sell-off but they are now showing resiliences as the indexes continue to slide down. Bitcoin experienced a slump this week but one thing that is definite is that they are just able to stay afloat if not take butterfly leaps. Look at how Bitcoin strongly came back after experiencing some serious fluctuations.

Cryptocurrency price is determined based on the market factors of demand and supply. They have an indelible impact as they provide several economic advantages namely:

Different locations have experienced different setbacks. Australia which is located close to the Asian countries has been highly influenced by the virus leading to a discernible drop in trading. There are several strategies being employed to counter the effects one of them being removing holds on the cryptocurrency assets until they are needed.

Talking about China specifically, despite trading of cryptocurrencies being stable, the outbreak has influenced its technical upgrades, travel, business. The Chinese government major Chinese cities faced a shut down with many employees from the blockchain business been asked to work from home.

Many crypto experts have enumerated that one specific event will not have any bearing on the currency as there has been no correlation analyzed to date. One event cannot be conceptualized as a catalyst for its doom. Crypto is currently seen in a safe haven unless there is a monetary policy gone wrong! 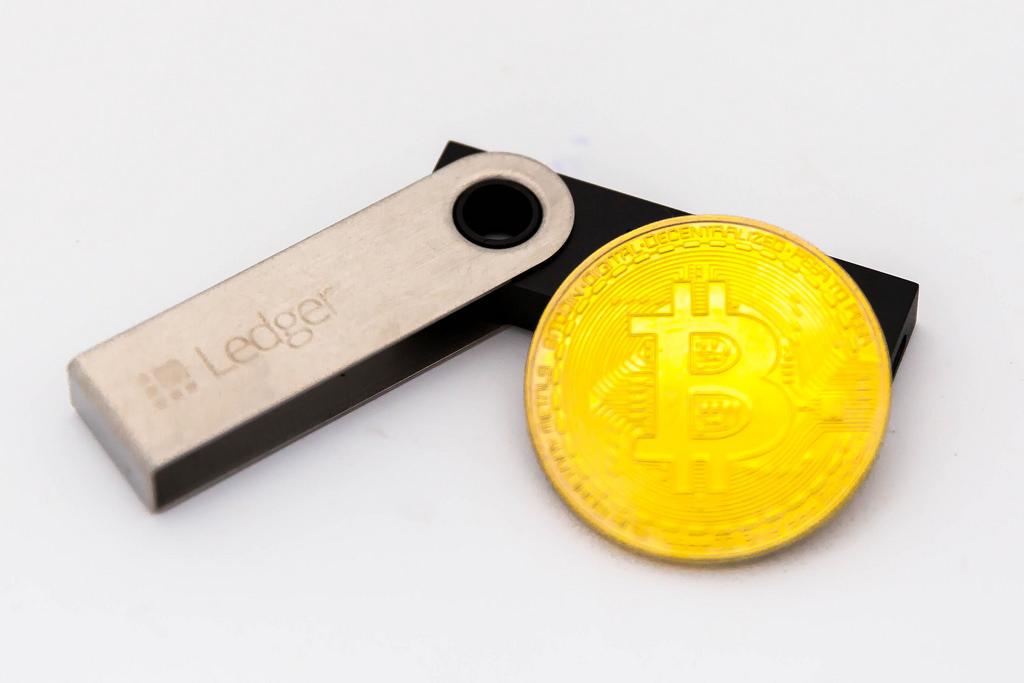 Ledger known for protecting Cryptocurrencies with their popular multi currency hardware wallets is looking at expanding in Asia. It plans to utilize its new branch in the Asian busy town of Hong Kong, where Benjamin Soong is heading the Asian Pacific region.

In an exclusive interview with EJ Insight, Soong highlighted the severals ways Ledger will be looking out to expand in Asia.

Ledger’s primary objective is to secure Cryptocurrencies in its advanced wallets which include the Nano and Nano S. Currently it ships to 165 countries, with a total sale of 1.5 million so far, with a whopping US$46 million in revenue recorded in 2017.

The latest offering is the Ledger Vault targetted towards the institutions such as hedge funds, crypto funds, exchanges, banks and custodians.

Ledger also is focusing on the Internet of Things in relation to security points.

In the interview Soong, spoke about the importance of China and Korea in terms of Cryptocurrency markets. He touched on some interesting statistics such as 70% of the biggest Cryptocurrency exchanges being based in the Asia Pacific region with the right mix of retail and institutional investors.

Questions still remain in terms of Cryptocurrencies in the two most populated countries in the world – China and India. While China is over-regulated, the scenario could change soon given that certain areas have showcased their Blockchain and Crypto presence. As for India, a number of Cryptocurrency enthusiasts such as Blockchained India are doing all they can to help gain a more favourable legal environment for the digital assets.

With companies like Ledger displaying their active interest in Asia, it showcases the rapid developments taking place for Blockchain and Cryptocurrency in the region.

You may think China is closed in terms of adopting Cryptocurrency given the tight regulations. However according to reports, a Chinese village in the Wenzhou Zhejiang region, Yuedong has adopted digital currency quite openly.

Yuedong has played an essential role in Cryptocurrency’s culture in China. An individual from the city called Yang Linke was the co-founder of China’s first Bitcoin exchange which was called Btcchina. Yeudong also has a river with crypto related logos on its sides.

An astounding 60 to 70% of citizens in the so-called ‘Blockchain village’ know about Blockchain technology or have invested in Cryptocurrencies.

Current Scenario of Cryptocurrency in China

China is known for prominence in the Crypto mining field and Blockchain development. However, Cryptocurrency trading only occurs behind closed doors.

As soon as the Crypto ban took effect in China last year, trading volume drastically fell around the world given the population of Chinese who were involved with Cryptocurrencies.

The Blockchain village was unknown about until Chinese social media shared several images of the Cryptocurrency logos in the village. These logos include ten different Cryptocurrencies such as BTC, ETH, ETC, BNB, and ONT.

It is slowly becoming an attraction, especially among Cryptocurrency enthusiasts, with plans of a Blockchain theme part being built.

What this means for the Future of China

Apparently the Wenzhou government officials have not resented the cryptocurrency theme surrounding the village but instead reacted positively. Many of the villagers are developed decentralized applications, and Wenzhou is noted to have its own EOS node.

It looks like Cryptocurrency may be on a break in China, and things may start to change soon. It may depend on if the Blockchain Village proves to be beneficial to the Chinese economy and employment levels. 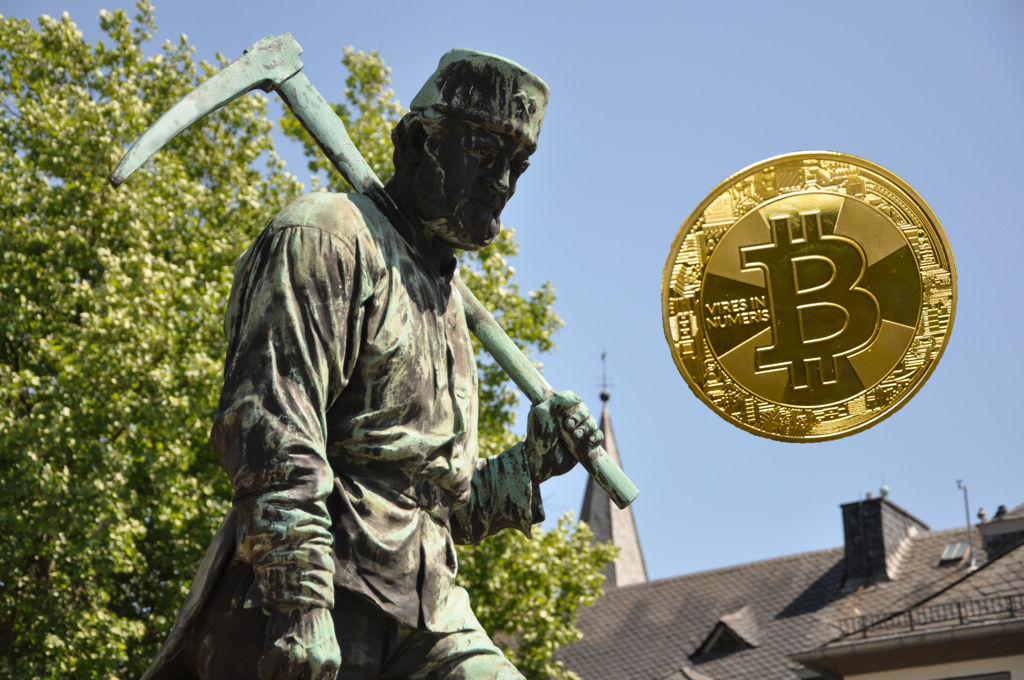 China may be tough on Cryptocurrency trading; however, Bitcoin mining is seen to be a significant operation amongst Chinese cryptocurrency enthusiasts. In the last few months, BTC miners have been slowly fading off in China due to the bear markets, even going to the extreme of selling off their mining equipment by the kilos.

According to 8btc, a Chinese blockchain and crypto news source,  miners in China have been stocking up on Application-Specific Integrated Circuit (ASIC) chips. The main reason cited is the anticipation of the Bitcoin halving which is expected in May 2020.

As of now, Bitcoin mining may have almost zero profits. However, as the halving gets closer, it is expected to rise dramatically.

Bitcoin’s halving is expected to reduce inflation by 50%, and according to past statistics, Bitcoin will rise in price. Currently, miners receive 12.5 Bitcoins per block mined, and this will further drop to 6.25 Bitcoins in the next halving.

Companies such as Bitmain has faced a severe turn of events due to the bear markets in Cryptocurrency, with significant downsizing and delays in their IPO. However, with things picking up, Bitmain may start to walk.

The Chinese Bitcoin miners are doing all they can to reduce the costs of mining. From negotiating the best rates of buying used mining equipment to making deals with hydroelectric plants and mining farms.

Hydroelectric plants are bound to gain excess electricity generated thanks to a heavy rainy season this year.

It’s pretty clear bull season is around the corner, and both Cryptocurrency investors and miners are getting ready.  Mining equipment makers, on the other hand, will not profit as much as second-hand mining equipment are rising in demand.

Interested in more crypto content? Check out Financial Giant SBI to Launch a New Crypto Exchange and MDW Partners With Bitfury and Longenesis

China continues to invest in Blockchain

The Chinese government has a very ambitious plan to replace all fossil-fuel powered buses with environment-friendly electric buses by the year 2021. To fund and reach this ambitious goal the NTS and SCC deal is designed to to issue fixed income financing products, through a global strategic alliance network, and operating within the global regulatory sphere.

“This is a truly ground-breaking deal globally for blockchain-based fintech companies to gain such a large-scale, asset-backed, contract. It represents a new era and a paradigm shift in the way in which we view asset-based financial products…”

Both Chinese and International markets affected

The terms of the deal state that the SSC will enable the provisioning of two well-defined financing campaigns. First campaign will be tailored towards the Chinese market while the second will be designed for launch across the global markets. SSC will conduct the Chinese campaign which it targets to generate nearly 60 Billion RMB or approximately $9b by selling fixed income products.

For the global market campaign, SSC will exclusively provide both asset digitization and fixed income products to add $15 billion over the next three years. The Chairman and CEO of SSC Mr. Bruno Wo hailed this deal as a paradigm-shift as it will merge a thriving asset-based financial product with the blockchain-based tokenization and fractionalization.

Jihong Huang, President of NTS also welcomed the deal by stating that all of the biggest bus manufacturers in China are supporting this initiative as it can unlock untapped liquidity and hike business values through artificial intelligence (AI) and blockchain-centric capabilities of SSC.

Interested in other cool crypto posts….check out Estimated Bitcoin Carbon Footprint and Bitmain IPO could be massive!.