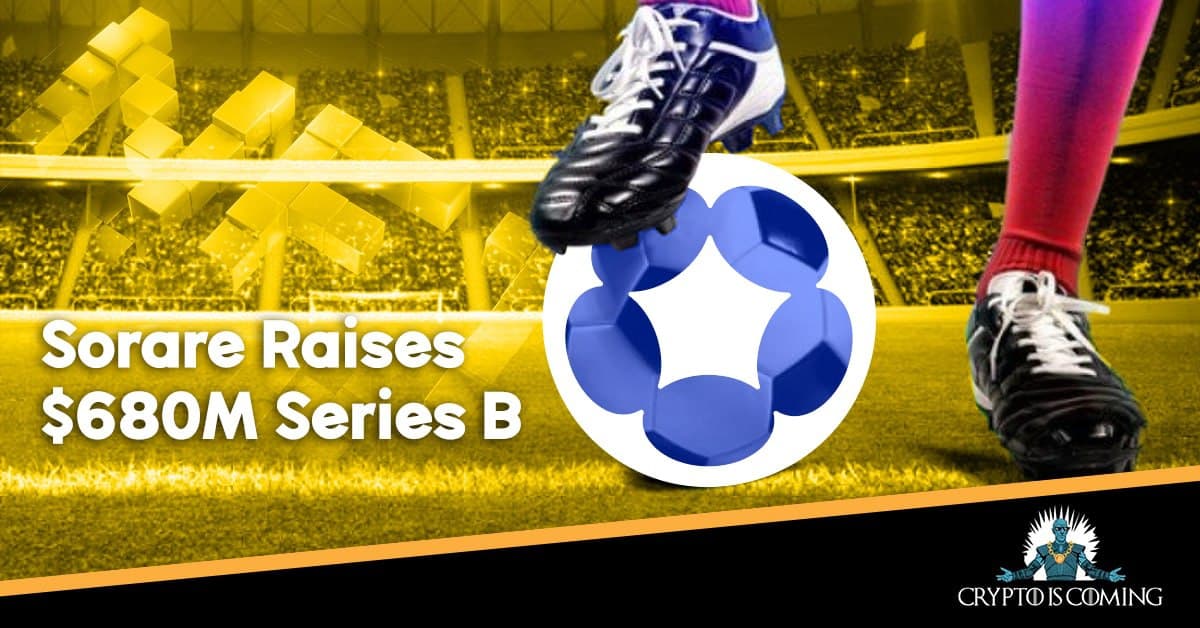 The last few months have seen a fast-paced adoption of cryptocurrency globally, and thousands and millions of people have embraced blockchain and seen it as the future of the world.

Recently, global tech giants such as Twitter and Facebook have joined in the wave and are staking their future in the crypto revolution.

The adoption has spilled into the sporting world, and last month NBA star Stephen Curry alongside other sporting giants. French club Paris Saint-Germain announced its partnership with a crypto-based firm showing the ambition of these global corporations to join the ongoing crypto boom.

Recently a European football NFT platform, Sorare, announced its plans to spread the adoption of crypto in sports with its groundbreaking series B funding. Softbank led the funding, and $680 million was raised for the non-fungible token (NFT) fantasy football platform. Other partners in the funding included Atomico, Bessemer Venture Partners, D1 Capital, Eurazeo, IVP, and Liontree.

The funds raised takes the total valuation of the sporting platform to $4 billion and is intended to be used in expanding the platform and opening an office in the United States.

NFTs have proven to be the most lucrative part of crypto in the last few months and have seen millions of people join in to cash in from the multi-billion earning opportunities found in it.

On the other hand, the Fantasy sports market has dominated the sporting market in the US, and one can only wonder about the magical combination of NFT and fantasy sports led by Sorare.

Sorare has created a fantasy football platform using NFTs, and all transactions are recorded on the Ethereum blockchain. Also,  each digital card is registered as a unique token on the blockchain, and users can transact between themselves, buying and selling cards. Sorare currently does not take any cut from transactions between players, and about $150 million worth of cards have been traded on the platform since the year began

Funding to be Used for Expansion

Sorare is widely recognised in the sporting world and has entered into lucrative partnerships with football giants like Liverpool, Juventus, and Spanish giants Real Madrid. With the recent funding, the platform hopes to attract more investors and build more partnerships with leading brands.

Funds would be spent on hiring able hands that would help expand Sorare, and a chunk of the funds raised would be used in marketing campaigns. Experts believe Sorare is pivotal in introducing a new audience to cryptocurrency, and explosive growth is anticipated for the platform in the coming months. The company announced its plans to spread its tent to American football, basketball, and baseball, which would see it become the top crypto-based sporting brand in the country.