The Winklevoss Bitcoin ETF was rejected….again. The decision made was referring to an appeal from the two year old initial application of the same ETF proposed by the Winklevoss in 2016. Initially denied in 2017, it seems the that proposal had been modified only slightly to include text explaining the difficulty in manipulating the price of Bitcoin. The SEC is apparently still unconvinced.

All is not lost as The Van Eck SolidX CBOE Bitcoin ETF is not related at all with the Winklevoss application and represents the best chance we have of seeing a Bitcoin ETC anytime soon. The SolidX proposal anticipated the “manipulation” issue by adding that the market is now global with exchanges all around the world and stating that they would be purchasing their Bitcoin OTC from regulated institutions.

The ETF will be subject to the same regulations that the CBOE uses to regulate the other commodities and derivatives traded on their platform as well as include insurance to protect traders from counter-party/security risks. The Van Eck Bitcoin ETF also includes a much higher minimum than previous proposals at 25 BTC which could help reduce the SEC’s concerns over retail consumer protections. It’s designed for hedge funds, private wealth managers and family offices.

With regards to the Winklevoss ETF, Hester M. Pierce, the SEC Commissioner, publicly voiced her disagreement with the decision handed down today. She mentions in her statement that she believes Bitcoin to be ready for ETF approval and the importance of institutional participation in Bitcoin to help reduce the commissions concerns.

The SEC seems to be finding itself with an old chicken and egg issue. Bitcoin needs the ETF to help stabilise the markets and the SEC deems the markets too unstable to approve the ETF. What remains clear is that the a BTC ETF will eventually be approved, just a matter of time.

If you enjoyed this post or found it helpful, please give it a share on social media.

Interested in other cool crypto posts….check out Lightning Network: How far away is it?and Bitcoin ETF approval could be huge for crypto!. 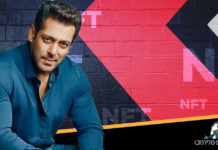 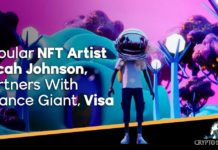