Vlad Tenev, Robinhood CEO, may have to appear before a US House committee meeting over GameStop allegations. The hearing will investigate the firm’s trading restrictions.

A news post on coindesk stated that Vlad Tenev, Robinhood CEO, may have to be present before the US House Committee on February 18th this month. The hearing will be about allegations about the trading platform working with hedge funds to stop trading on GameStop GME stock.

A report was published on Politco on Monday this week mentioning Tenev, who will take part in the virtual hearing before the US Congress. The virtual hearing is titled “Game Stopped? Who Wins and Loses When Short Sellers, Social Media, and Retail Investors Collide.”

Nick Vadera is a stocks and crypto trader, Bitcoin mining, and investment consultant, had this to tweet on Robinhood CEO May Testify Before US House Committee Over GameStop Allegations.

Robinhood CEO May Testify Before US House Committee Over GameStop Allegations https://t.co/FXr5nFzk2E

The hearing which the Robinhood CEO may have to appear will be chaired by Maxine Waters, who is a Congresswoman (D-California). Waters has expressed her concerns about the manner in which the firm went about halting the trading.

The hearing is scheduled to begin at 17:00 UTC. Maxine Waters has said that she is deeply concerned about whether the firm restricted trading. She points out that there might have been a collaboration between Robinhood and hedge funds.

Waters is said to have made this comment during an interview with MSNBC. Robinhood was able to successfully limit traders from buying GME stocks that were targeted by the Reddit group, WallStreetBets.

The Reddit group wanted to cause in what is known in the financial market as a short squeeze. Vlad Tenev has denied any wrongdoing by his firm. Tenev said that they did because they wanted to protect customers in the market where the demand was massively outdone by the obligatory deposits to clearinghouses.

Vlad Tenev denied his platform was manipulated by any participant. The decision was a technical one. There is nothing much to read into it.

Tenev’s comments are not satisfactory because it seems to have drawn ire of retail investors. They want compensation from Robinhood. Whether the Robinhood CEO will budge is for time to say. 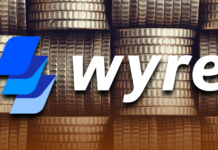