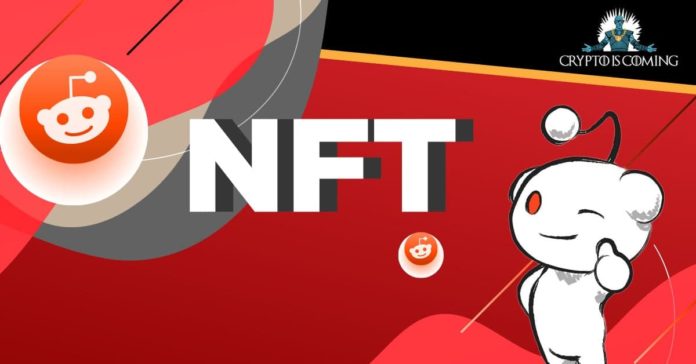 NFTs’ popularity has soared over the last few months, making them one of the most researched concepts in the world. A new study has shown that most crypto newbies have been drawn into the industry by the huge earning potentials NFTs have presented to crypto and individuals.

Several high-profile celebrities around the world have embraced NFTs alongside some of the world’s biggest organizations like Facebook, Twitter, NBA, and most recently, Microsoft. As the adoption continues to soar, social media discussion platform Reddit has indicated its interest to join the growing NFT community and intends to do that as fast as possible.

Reddit is out to build its NFT marketplace where users can buy and sell crypto collectibles. The company announced the new plans after posting a job advertisement for a Senior Backend Engineer, NFT Platform. Although the job posting did not go into much depth about Reddit’s NFT vision, given how profitable the space has been in recent months, it comes as no surprise that the platform intends to enter the market.

In the job posting it shared for a senior backend engineer,  Reddit summed up its interest and wrote that it was “a new and exciting, rapidly growing team that aims to build the largest creator economy on the internet, powered by independent creators, digital goods and NFTs. We are looking for strong engineers and leaders to help us seed the team, set its strategy and build for the future.”

It is no strange news that media giants are now embracing NFTs. in the last few months, there have been several partnerships and sponsorships between companies to focus their crypto interest around the NFT space. Although this is not Reddit’s first foray into the crypto space, it mirrors their intention to diversify their portfolio. Reddit had previously created a concept called Community Points, which is the company’s crypto token incentives plan. It has only been applied in two of the company’s 100,000+ subreddits. The Ethereum-based tokens can be exchanged for real money or redeemed for additional prizes and features inside the community.

Bracing up for the Challenge

Despite their experience in crypto, the discussion platforms know that the competition in the NFT marketplace is intense and would demand more from them, and as such, the platform noted that its ideal candidate would help fast track their presence in the NFT space,  making them a strong challenger ahead of the likes of Opeansea, Coinbase, and FTX.

Speaking of their interest in NFTs, the social media giant Reddit wrote, “If there is one thing we’ve noticed with NFTs, they too have an incredible power to create a sense of participation and belonging. With every new NFT project, a vibrant community of owners pops up with it. Fans of today’s biggest creators and brands are now flocking to buy digital goods directly from them—to support them, to gain exclusive access, and to feel a greater sense of connection with them.