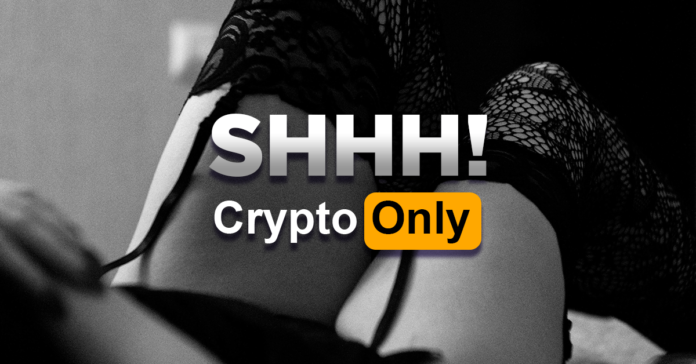 Recently Visa and Mastercard stopped their services to the adult site because of the post about it. Decrypt Media publishes the latest news on Bitcoin and cryptocurrency had a tweet on the new development.

The adult site has seen a tremendous increase beginning of the pandemic with more than 3 billion visits so far. Allie Eve Knox, who is one of the performers, felt that the whole situation could have been dealt with more fairly.

Content creators will also be hurt because the money was going right in there. In light of the snub by the payment companies, they have gone the other way. Ensuring that their performers and customers are not affected, they have brought a wide range of cryptocurrencies.

When the move of accepting Monero was made, but it may have occurred last week. The thing about the cryptocurrency is that only users from countries like the UK, North America, Singapore, and a few others can make use of the payment option.

Pornhub.com was founded way back in the year 2005. It was a subsidiary of MindGeek, a Luxembourg-based IT platform for streaming entertainment content. This news may impact the viewer ratings, though only time will tell if it did make inroads to the site.

They have announced strict measures to combat abuse of any kind to women and children if they found any of them. Additionally, they will allow verified content creators to publish their material on the site.

So, the chances of users making use of the situation may arise significantly. Few of the cryptocurrency users already spoke their minds before this even happened. The Bitcoin inventor Satoshi Nakamoto said Bitcoin could help the adult industry grow profitably.

Nakamoto felt that the convenience of viewing it “without having anybody in your home know about” it could probably be the reason. Your “family or spouse will not know about the transaction” happening the credit cards, and there is no need to trust the site.

Pau Graham, who is the founder of YCombinator, echoed the same thought. Graham said the credit card companies’ have too many censorship policies that can mark their eventual death in the long run when they get hold of robust alternatives like cryptocurrency.

Robinhood CEO Vlad Tenev, May Have to Testify Before the US House Committee Over GameStop Allegations