The last few weeks and even hours have been a market bloodbath. A $1000 investment spread out evenly between the top ten coins two weeks ago would have left you with $460 this morning, a massive 53% loss in a fortnight.

So, what is this? The end of the road? Is the market going to bleed until it’s dry? Explanations vary from FUD being spread by whales to snap up cheap coins, to increased government regulation, to the simple problem of nobody knowing how to evaluate blockchain technology yet. What’s it really worth? It’s difficult to say. With Bitcoin down 59% from the ATH at the time of writing, it’s difficult to remain optimistic, but then… this isn’t the first time that Bitcoin has “crashed” hard.

That’s right. Every time the price has dropped dramatically it has soared to even greater heights. In earlier days, Bitcoin wasn’t as widely talked about, whereas now it’s a certainty that Wall Street is becoming interested, whether the recent correction was orchestrated by global financiers or not. So, at the moment the price is plummeting. Could it be the end? There’s no telling whether the price will drop all the way to zero or not. All Bitcoin has ever done is grow exponentially after dips like this, but past performance isn’t necessarily an indicator of future results. Instead of guessing what might be about to happen here, let’s take a look at some of the factors that could contribute to another Bitcoin frenzy.

The last halving date was 2 years ago, meaning that another is due in 2020. For the uninitiated, Bitcoin halving takes place automatically every four years – it’s a process that reduces the amount of coins that miners can receive for their work by half, increasing scarcity and thus demand of the coin, and potentially driving up the prices as well.  In July 2016 the value of Bitcoin dipped after the halving date for a whole month, and a few months later the value was almost doubled, so make of that what you will. There are always a number of factors at play in the market, but less BTC mined definitely means an increased demand.

Bitcoin currently equates to 1.5% of the gold market cap, which is sitting pretty at $7.8 trillion. Whether Bitcoin keeps the top spot as the king of cryptocurrency or not, the cryptocurrency market is only going to get bigger and bigger. With projects like Waltonchain revolutionizing retail, and IOTA seeking to provide a protocol for the entire Internet of Things, the crypto market is bound to be in the trillions before long as well. If Bitcoin, for example, reached the market cap of gold at $7.8 trillion, it would be worth approximately $586,000, over half a million dollars per single Bitcoin, and so a million dollar Bitcoin would have a market cap of $16.5 trillion.

What would it take for Bitcoin to surpass the market cap as gold? Widespread adoption, for one thing. Sure, the market fluctuates up and down, and Bitcoin has been up since day one – but to truly succeed, Bitcoin needs to be adopted as a technology and a true currency, not just a security or a stock.

If the Lightning Network succeeds in scaling Bitcoin and reducing fees while increasing transaction fees as promised, it’s a whole different ball game. Even now, after a “crash” of over 50%, Bitcoin is worth over $8000 – and it doesn’t even really do anything. Can you imagine how that will change if it becomes widely used?

What Bitcoin has going for it at the moment is that it’s a famous name that the general public is familiar with, often without realizing that it is just one of many cryptocurrencies – for some people, Bitcoin is cryptocurrency, and it’s that brand awareness that makes it so strong. While it was the godfather of the entire crypto market, it’s also seen by active investors and enthusiasts as a bit of a dinosaur, and that’s more than fair. High fees, slow transaction times – with newer, sleeker projects vying for the top spot it seems like only a matter of time before Bitcoin will need more than a name to go on.

It’s all a matter of timing. If the Lightning Network can be implemented and adopted while Bitcoin is still the most famous and valuable cryptocurrency in the world, there’ll be no stopping it. Status and market dominance with real-life utility to rival competitors will give Bitcoin real, measurable value, and at that point you could argue that even the gold market cap is a conservative estimate for what Bitcoin can achieve. It may sound crazy, but is it really impossible that we might live to see million dollar Bitcoins? Implement use cases like micro-transactions and a functioning global transaction system accepted by world retailers like Amazon and we’ll soon find out.

In Venezuela, Bitcoin has become a parallel currency to combat the hyperinflation of the Bolivar, and many people in Zimbabwe and other countries suffering from inflated currencies also store their savings in Bitcoin. The more real-life utility that Bitcoin can demonstrate, the better the chance of long-term success. The Bulgarian government is sitting on $3 billion worth of seized Bitcoin, which may lead to some interesting government meetings on how to regulate it. A country may even decide to invest a part of their reserves in BTC, can you imagine what that would do the price…while the South African minister for finance has described Bitcoin as having lots of potential. Time will tell whether these governments will invest national reserve funds into the currency itself.

There’s also the simple fact that among younger generations there’s a growing interest in investing in cryptocurrency over stocks. It’s new and exciting, the technology being discussed is revolutionary, and the potential gains are massive. Forbes reports that 30% of millennials prefer crypto to stocks.

Another report suggests that 40% of Americans under the age of 35 plan to invest in Bitcoin. What we’re doing here is simply speculating on what it might take to make Bitcoin truly successful.

This article is not intended as financial advice or even technical market analysis – but the potential use cases and the possibilities that lie ahead are definitely interesting to consider. There’s no doubt about it – cryptocurrency is the future.

The real question is this; will Bitcoin be part of that future? Our gut says yes. 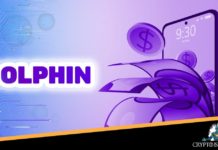