Litecoin is often touted as “the Silver to Bitcoin’s Gold’. But why is that? And what does that even mean in the realm of Cryptocurrencies and digital money? Keep reading to find out.

Litecoin was created in 2011 by Charlie Lee, a former Google employee, by rewriting Bitcoin’s source code. Litecoin is, for all intents and purposes, identical to Bitcoin in all aspects except the following:

Litecoin has a cap of 84 million coins: Unlike Bitcoin, which has a hard cap of 21 million coins, Litecoin is designed to have 84 million coins. Both coins are divisible to a one hundredth of a million (known as a Satoshi in Bitcoin or 0.00000001) so there’s no direct obvious advantage in the number of total coins available. The only advantage may be psychological, as most people prefer to own complete coins as opposed to fractions of a coin.

New Blocks are created every 2.5 minute instead of every 10 minutes: Given that both Bitcoin (Core, that is) and Litecoin use 1MB blocks to record transactions, Litecoin is in theory able to process transactions 4x faster than Bitcoin. The reality is that Litecoin has severely outperformed Bitcoin transaction speeds, which is being hobbled by a large transaction volume. While Litecoin’s longest block took around 6 minutes to be mined (this was back in 2012), the Bitcoin network recently took 40 hours to mine one block!

Finally, Litecoin uses a different hashing algorithm than Bitcoin. Whereas Bitcoin uses the SHA-256 algorithm (which relies heavily on processing power), Litecoin uses Scrypt, which is much more RAM-memory dependent. Although the hashing algorithm used has little impact on the end user experience, it is important to note that, due to the use of Scrypt, Litecoin mining has not seen the arms race that dedicated Bitcoin mining rigs have seen, so it is still a viable option for mining hobbyists.

What does this even mean?

The aggregate result of these differences that Litecoin is both cheaper and faster than Bitcoin. All the drama surrounding Bitcoin’s scaling debate shows foresight on behalf of Charlie Lee, who designed Litecoin with a purpose in mind. Instead of being ambiguous and letting the community devolve into a Civil War to define what Bitcoin was (secure store of value to the Bitcoin core crowd, fast and cheap transactions to the BCash crowd), the Litecoin Foundation (headed by the ubiquitous Charlie Lee) has a clear roadmap for the Cryptocurrency.

In this way, Litecoin, which used to model itself after Bitcoin is pulling ahead and acting as a test-net for features (namely the aforementioned SegWit and Lightning Network) before being implanted on the latter.

Yeah, about that Charlie guy…

By now you may be wondering about Charlie Lee’s role in Litecoin development and future growth, especially if you are wary of any “benevolent dictator” type figures. Well, you can rest easy, as although Charlie remains closely involved in the development of Litecoin through the Litecoin Foundation, he has as of December 19, 2017 sold all of his Litecoins to avoid any conflicts of interest.

Be sure to follow Charlie on twitter where he shares his thoughts on the Crypto-world. Looking for even more crypto-twitter accounts to follow? Check out our guide.

So back to our original question

What does it mean when people say that Litecoin is the silver to Bitcoin’s gold? Sometimes it can be helpful to take a linguistic journey. In most Hispanic countries, the word for silver “plata”, is used interchangeably with cash. And that is the niche in the cryptocurrency space that Litecoin is aiming for, the best Cryptocurrency cash for everyday transactions.

As one of the oldest and most well-known Cryptocurrencies, Litecoin is widely available, with users being able to purchase Litecoins in at least 38 exchanges,.

Next time you go out, be sure to have some plata in your wallet! If you need any help getting some, check this out! 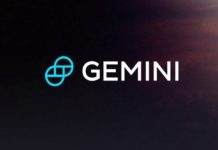 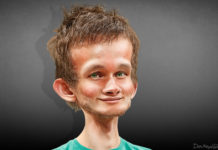