Roger Ver is one of the most controversial figures in the crypto-space at the moment. Once hailed as “Crypto Jesus,” the early Bitcoin adopter fell from favor with the majority of the community during the pretty-much-nuclear fallout surrounding the BTC/BCH fork.

Ver started off as an entrepreneur and became the CEO of MemoryDealers.com in 1999 selling transceivers and discount memory hardware. In 2002 he was arrested for selling ILLEGAL EXPLOSIVES

Actually it was just fireworks. False alarm, everybody.

The US government didn’t quite see it that way, classing the crime of wholesaling fireworks on eBay as “dealing in explosives without a license” and Ver did ten months in state prison where he apparently learned Japanese and moved there in 2006.

I know, I’m jealous too.

He invested with Charlie Shrem’s Bitinstant company, allowing them to hire a designer and another programmer. Then he invested a million dollars into startups like Ripple, Blockchain.info, Bitpay, and Kraken, all of which have obviously made it big. His company, MemoryDealers, became the first company in the world to accept Bitcoin as payment, which is pretty huge and contributed to him earning the moniker ‘Bitcoin Jesus’.

From there he went on to launch a bunch of different initiatives for Bitcoin, all of which were great for the space. He created bitcoinstore.com in 2012 with hundreds of thousands of items available for purchase with Bitcoin, allowing people to actually use the cryptocurrency as a currency on a variety of products for the first time. He snagged the domain name Bitcoin.com in 2014 and is now the CEO of the outlet. To this day it’s the 5th most visited site in the US.

He organized Bitcoin meetups, he was a founding member of the Bitcoin Foundation, and he’s always been an outspoken supporter of Bitcoin surpassing fiat currency as a means of payment – I could go on. I mean, has he been a good influence on the space? Just from that alone he’s done more for Bitcoin in the early days than most other people I can think of.

So why the hate?

Here’s where things are going to get tricky.

Like I said, people feel strongly about Ver, and while it’s not the only reason, a lot of those emotions overlap from the heated debate around the Bitcoin fork.

Ver has always been a huge advocate of increasing the block size as a method of scaling the Bitcoin network, an opinion that these days is way more explosive than his side-hustle as a fireworks dealer.

Scalability is a massively contentious issue, and when Bitcoin forked in 2017 it was variously described as a Bitcoin civil war, the Battle for Bitcoin, etc.

While Ver’s supporters will say that it’s all character assassination, it’s true that he has engaged in marketing tactics that have rubbed a lot of people the wrong way in his effort to promote BCH as the real Bitcoin.

Ver has been described by Bitcoin AKA Blockstream/Bitcoin Core/BTC supporters as a psychopath, a manipulative liar, and mentally ill.

There’s still a lot to cover in terms of his influence in the space, but if you’re unfamiliar with Roger then I think it’s important to get a sense of how he conducts himself and draw your own conclusions.

The video below shows Roger going through a Reddit post on r/bitcoin called “Roger Ver is a well-known scammer”.

In the video Roger addresses many claims made against him, supposedly off the cuff without having read the post.

He honestly does a good job of refuting, debunking, and diluting a lot of it, while some of it he glances over or doesn’t get around to. I encourage you to watch the video if you haven’t seen it, but essentially the Reddit post accuses him of using paid bots, scamming, lying about transaction fees to make BTC look more expensive than it is, abusing his power to dox someone who owed him money, and more.

Straight off the bat, the majority of the claims about shilling, vote manipulation, and use of sock puppets in the list are easily debunked. That’s not to say Ver doesn’t do it, just that the Redditor didn’t bring any evidence at all for most of it. However, an employee of Ver was caught using a sock puppet for sure. Ver claims he gave the employee a warning – we can’t know the full story there, although it’s not a good look to be associated with that kind of thing.

He also claims the man who owed him money, a thebitcoinstore.com customer accidentally refunded with too much Bitcoin,  doxxed himself by publishing evidence that Roger used his admin role at blockchain.info to access the man’s information. Roger did indeed do that, and proved that the man was stealing from him. The customer had left on email notifications allowing said access by the terms and conditions, so it’s up to you whether you think there’s any issue here.

Roger’s video ends (perhaps conveniently) before he gets to the last points on the list, but you get the idea. Is he perfect? Probably not. Is he a lying, narcissistic psychopath? Not based on that video and Reddit post, no.

It comes down to this.

He was supported by Jihan Wu of Bitmain and Satoshi Nakomoto impersonator Craig Wright. The issue of decentralization is contentious, many people don’t trust Wu’s control over the Bitcoin hash rate through his enormous mining pool and hardware manufacturing operations, and having Craig Wright on your team doesn’t really lend credibility in the eyes of most people.

Ver was in a position to influence the scaling issue so heavily because nobody had done so much for Bitcoin adoption at the time as he had. That might even still be the case.

For better and worse, Ver brought venture capitalist techniques to a movement run by techies and hobbyists, providing early funding for most of the businesses we see today in the Bitcoin space – even Binance.

By being viewed as monopolizing the fork debate through an alliance with Bitmain, Ver made enemies. He compounded that effect by propagandizing his belief that Bitcoin Cash is ‘Bitcoin,’ as in ‘the’ Bitcoin, even referring to it as such on the Bitcoin.com wallets.

His aggressive marketing tactics and insistence that BCH = Bitcoin are what has gained him the most amount of enemies, and honestly there are some valid points to some of what the Core supporters are saying. The issue is that, like with the loudest members of the BCH side, the good points are drowned out by the venomous, hostile, immature shouting that passes for debate on any issue surrounding the fork. Both sides are equally as guilty as each other on that, and the massively toxic element in both communities is probably the most underestimated obstacle Bitcoin adoption faces today.

Was Ver a good influence in the cryptocurrency space? One of the best there ever was.

Today? It depends on what your vision for the future is. Ver, a self-described libertarian and voluntaryist, has undeniably corporatized Bitcoin to an extent, and that doesn’t sit well with a lot of idealists in the space to whom Bitcoin is a revolutionary movement with vast political implications.

Having said that, we can’t have it both ways. If we want businesses to adopt Bitcoin, we need people like Ver going on the news and angel-investing in great startups, bringing the space into the mainstream. I think the question of whether Ver is a good influence in cryptocurrency comes down to what cryptocurrency means to you. Is it a payment system? Is it a means of living outside of established state systems by transacting and sharing information in a more off-grid way? To some it’s a force that will destroy those systems altogether and create something new entirely.

What does cryptocurrency mean to you? Now that you’ve read this far, do you think Ver is a good or a bad influence on the movement? 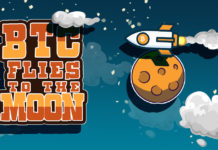