iMiner – the Turkey-based company has been sanctioned a license from the Iranian ministry to mine cryptocurrencies in Iran. Tabnak, which is the local news source reported that the Ministry of Industry, Mine, and Trade has apparently allowed the company to operate up to 6000 mining rigs in Semnan. A close to 311 billion rials equivalent to $7.3 billion has already been spent on setting up this huge mining operation in the country.

Among the sanctions, the ministry also has allowed the company to offer cryptocurrency trading and custody within the country. The official website of the company claims that it has become the first as well the biggest bitcoin mining and extraction system in Iran. As of now, a total of 2000 mining machines have already been installed with additional operations being planned in Russia, Turkey, the US, and Canada.

Bitcoin’s interest, a much subsidized Iranian power rate system has seen the influx of investment from countries like China and France. Bitcoin mining also is increasing as well as its market value, which could also be a likely trigger for it. Past history has not been quite generous to mining operations as the government cracked down every little mining operation. It had initial fears that with what the cryptocurrency could do it could pose a major risk by crippling its national fiat currency.

But July last year, the ministry made a sound judgment and introduced legislation that would include mining activity as an official industrial activity. The ministry also has been careful enough to regulate this from the beginning and has already issued 1000 licenses for local operations in the month of January.

Another perspective that is being discussed is the possibility of evasion of US sanctions that have been affecting the Iranian economy for a longer time much before Trump came into power. A few days ago a positive vote to modify and amend the Monetary and Banking Act of Iran was reported as Iran is currently grappling with the issue of Hyper-inflation. The parliamentarians and the lawmakers of the nation voted unanimously for the amendment to take place. Under the current amendment, the nation’s currency will be renamed as the toman. One unit of it will be worth 10,000 rials. 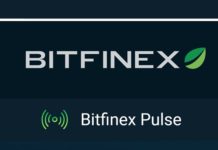