Cryptocurrencies are a new kind of money and interest in them is exploding. This is a highly simplified overview of how cryptocurrencies work which will be published in two parts. It is intended to give non-nerds a brief summary of this revolutionary technology.

Google Trends Interest Over Time shows that this year the search term Bitcoin has exploded. That massive increase corresponds to BTC hitting the 10k USD mark.

We also know that Coinbase, the largest US based cryptocurrency exchange, surpassed Charles Schwab in terms of active brokerage accounts in November of 2017.

The need for a “new kind of money”

So why do we need a new kind of money? Well for as long as many of us can remember credit card companies and banks have controlled the movement and storage of money. And yet they are so incredibly inefficient. As an example credit card transactions involve many parties:

For this reason, credit cards:

Computer scientists have been trying to make something better for decades.

Bitcoin is person-to-person digital cash. Most importantly, it’s decentralized, meaning it can’t be controlled by any single person or company or country.

In the late 2000s, an anonymous fellow named Satoshi Nakamoto proposed a better system based on some previous research projects. Without any concept of a central bank, who is to prevent you from spending your same $100 more than once? How do you even prove who you are when you want to spend it?

What is a blockchain?

Simply put a blockchain is an open ledger. The thing accountants use to track asset movements, but visible to anyone. The innovation of this kind of ledger is that it’s decentralized, meaning all the information on the ledger is stored on all the computers (nodes) connected to the network.

With a decentralized database it becomes incredibly difficult if not impossible to hack without a central point of failure….Equifax anyone.

Mining is the process of using a ton of computer power to solve a complex equation.

Imagine it as trying to solve a very difficult equation by attempting every possible answer until the right one is found. The computer that solves the equation first is rewarded with a coin.

Bitcoin and many other cryptocurrencies rely on mining to verify the integrity of transactions (and thus the entire blockchain).

In theory you can mine on any computer. But in the past couple of years, specialty hardware has been developed that makes solving Bitcoin’s specific equation very fast. This makes mining Bitcoin unprofitable for home users on their regular PCs.

But, this money isn’t real!

Paper money issued by governments is known as “fiat currency”. The only thing that makes a currency “real” — a real-world/fiat one, or a virtual one — is the trust of the public in its issuer and mechanisms.

Those in Zimbabwe or Venezuela, where inflation has spiraled out of control, have a different picture of the stability of fiat currency. Currency traders in the stock market manipulate currency values constantly.

Similarly, a Babe Ruth rookie year baseball card has no real value, but people have accepted its worth, and therefore you could buy a car with one. So whenever you here someone use that “intrinsic value” bullshit about Gold and Diamonds and jewellery…well you know… 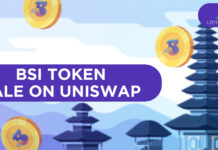