One of the reasons that many have been skeptical of the cryptocurrency sector is because despite the fact that Bitcoin and many other projects went on a massive bull run last year – there were still many established figures that seemed skeptical of the entire space.

Even though he later backtracked his statements, one of the most important figures in global finance, Jamie Dimon, infamously called Bitcoin a “fraud” in 2017. For those who are unaware, Dimon is the chairman and CEO of JP Morgan Chase, the second largest bank in the world.

However, it must be noted that many individuals have since spoken about the immense potential of blockchain technology and the ability for cryptocurrency to change the world, and many of them have been respected individuals at high-profile companies. Recently, in an interview, the Senior Vice President (SVP) at Infosys, a world-renowned IT company, praised blockchain, and spoke about how 2019 will be a great year for blockchain adoption. 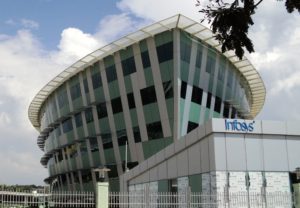 India is known for its information technology (IT) sector, and Infosys is a major Indian company in the space. In fact, it’s the second largest Indian IT company, with a market capitalization of over $40 billion dollars. It is headquartered in what many consider to be India’s “Silicon Valley”, at Bangalore, in Karnataka, India.

The sector is one of the reasons why India’s economy is growing, and the sector is expected to add a quarter million jobs to the country next year, as well.

Quartz specifically referenced blockchain as a factor in its growth, stating: “Startups will be strong contributors to generating employment in the next two years because of their expanded adoption of AI, robotics, blockchain, and IoT.”

The SVP of Infosys, Gopi KK, was quite specific about where he expects blockchain adoption to take place. In the interview he pointed to certain sectors that will adopt blockchain more than ever continuing into next year.

He said: “We expect blockchain to expand into the following use cases/arenas: trade, supply chain finance and peer-to-peer (P2P) payments, reinsurance, fraud detection, and policy management in Insurance, land/title registry, tax compliance, infrastructure in government/public sector, and food safety and provenance in agriculture.”

He also seemed to acknowledge the various variables involved, such as government regulation and alliances between companies. He seems to be optimistic about this, stating: “There are numerous legislative initiatives in several jurisdictions both at federal and state/provincial levels to incorporate the benefits of blockchain in offering next-gen citizen services.

For example, blockchain is a core driver for the Smart Dubai initiative aiming to transform several inter-governmental and citizen transactions. Similar initiatives are underway in other geos – southeast Asia, Europe, United States and Australia. Overall regulatory environment is expected to affect the industry adoption positively in 2019.”