India’s agriculture is rife with middlemen who usually do not let the farmers have their due in terms of value for their produce. This has been a problem for ages but it seems that with the wise use of technology, the agriculture industry also can gain especially the farmers.

An Agri-tech startup that relies on the Blockchain technology has collaborated with the Indian Government in order to help the farmers sell their producers to the buyers directly without the need for a middle person. According to the noted business News giant Business Standard, Agri10x will be given access to about half a million government-associated common service centers which will enable the farmers to register on its platform for good.

The biggest problem so faced by the farmers is that about 70% of their produce has to be sold below the Minimum Support Price (MSP) as the government agencies are unable to reach them. This is why they have to sell it to middlemen who buy it from them disabling them to earn any profit at all! The CEO of Agri10x Pankaj Ghode has optimistically highlighted that with the help of their platform farmers will be able to directly connect to global buyers thereby augmenting positive sentiments in the sector. It will also boost employment opportunities in the agriculture sector to a great extent.

Maharashtra has also planned to utilize blockchain technology in the supply chain as well as the marketing of agricultural produce. Ministry of commerce and industry has announced that the Coffee Board of India also has launched a pilot project which is block-chain based and will pose an e-marketplace so that coffee growers can be directly connected to the market.

Currently, the Agri10x platform is being considered at a micro level that is the state level. But, at the rate of its extensibility, it will not be long before it is taken onto a national level. The present functioning of the organization is promising and if it goes this way, it surely will go a long way in improving and increasing farmer’s income. The company is targetting an addition of 3 million farmers on its platform by the end of 2020. 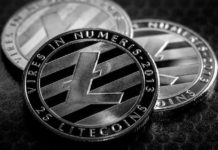