The government in Indian may launch crypto tokens for financial transactions in the country. This is happening at a time when cryptocurrencies had been ban in the country sometime back.

FINANCE MINISTRY TO UP A COMMITTEE SET UP

The finance ministry set up a committee to work under the chairmanship of the Department of Economic Affairs secretary. The committee is in place to work on regulations and a road map that will allow somhe crypto assets to be used in India. The proposal will be tabled in Parliament once it is ready.

“The committee is studying the possibility of using cryptocurrencies or crypto technology (distributed ledger technology) for financial transactions and also what kind of regulations are needed for that…[while] the currency is totally banned, the committee is discussing its other usage and how it can be mainstreamed in India.”

The Department of Economic Affairs issued several warnings to the citizens of India warning them about the risks of cryptocurrencies which they consider a Ponzi scheme. The Reserve Bank of India on the other hand issued a ban to financial institutions dealing with crypto related businesses.

Mr. Garg however believes that the Indian government may decide to allow crypto tokens in the country. He was quoted saying the following:

“One will need to pay physical money to buy a token which could be stored as a code in any basic mobile feature phone. It can even be used for remittances. So, it is easy to implement from technology as well as regulatory point of view. But in case of cryptocurrency, one needs to allow it as a legal tender first.”

The committee will also analyze the prospects of the government legalizing cryptocurrencies and also the consequences that it bears.

Interested in other cool crypto posts….check out Estimated Bitcoin Carbon Footprint and Why Peter Schiff is Wrong About Bitcoin. 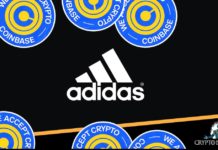