It is no news that there has been a massive shift from the traditional approach that ruled the financial market and system globally. The world is digital today, and championing this digital revolution is a cryptocurrency that has risen to change the world’s economic system globally. As a result, the cryptocurrency industry has blossomed into a commercial hub years after it first began as an unknown concept.

NFTs have been Making Waves

Since the beginning of the year, there has been a viral spread of knowledge about the crypto world, and various countries have moved swiftly to join the blockchain world and develop their economies. With the pandemic’s devastation, practically everyone is looking for a way out of the economic quagmire created by minimal human interaction and a shrinking workforce, as seen in some countries. Everyone, on the other hand, has seen the crypto realm as a quick way out.

There has been a new revolution in the crypto sector, which is hastening the acceptance of cryptocurrency all over the world. Non-fungible tokens (NFTs) have risen to prominence in the cryptocurrency ecosystem, accounting for the majority of revenue earned. NFTs have given crypto a whole new dimension, transforming it into a money-making sector. It has become the new draw, attracting new participants to the crypto revolution.

Both the wealthy and those from low-income households have benefited from the NFT movement. These days, artists and other celebrities have embraced cryptocurrency because of the huge potentials found in NFTs. Over the last few months, stars like soccer player Kylian Mbappe and music legend Snoop Dogg have joined the NFT train making its popularity soar.

The famous model and actress are one of the many stars from India to launch NFTs in recent weeks as the country continues to be one of the most fertile grounds for cryptocurrency.

Chellani is widely known in her country as a popular show host and anchor and has thousands of credits to her name, as well as other successful ventures. Her foray into the world of NFTs shows her ambition and determination to spread the adoption of cryptocurrency in her country.

While NFTs are not a foreign concept for Indians as several Bollywood stars and legends such as Amitabh Bachan and Sunny Leone have made a move to introduce NFTs to their fans, the adoption was still relatively slow and not as anticipated.

With beauty queen Chellani joining the trend, it is widely anticipated that more Indians will move towards NFTs in the coming days. Indians are known for their talent, and NFTs will undoubtedly prove to be a game-changer if widely accepted by the country. 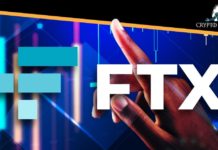