Today we’re going to take a look at a very promising project and yet widely publicised project, ICONOMI. Does that mean I’m advocating ICONOMI? Not at all – I’m not personally invested in this project, and I’m going to keep researching it before making a decision. However, like with many upcoming projects, while it’s not fully fleshed out yet,  the fundamentals are quite exciting and whether ICONOMI or a competitor ends up coming out on top, the concept itself is a game changer.

ICONOMI is an investment platform based on the Ethereum network that boasts a variety of different tokens with different values and functions. It’s also an actual company, one of the first cryptocurrency companies to aim on offering shares to the public through tokens.

The most exciting thing about ICOMONI for me is this: it operates as an index fund for cryptocurrencies, meaning that users can invest in many coins from one point of entry, one token. That token pays dividends, and has an impressive track record – in fact, investments in the ICONOMI index token it has at times returned a higher ROI than an equal investment in Bitcoin or Ethereum over the same time period.

Alright, so the index token and the token tied to the value of the company itself are different.

BLX and Other Index Funds.

This is a pretty attractive entry point to the market for people who aren’t interested in using multiple exchanges to transfer coins and keep track of prices. By investing in a diverse portfolio of high-caps and alt-coins, BLX aims to capitalize on market volatility and perform the same service as a stock market index fund, a promising idea that is sure to be repeated by other projects as the market grows.

Investing in BLX allows you to buy fractional values of that index fund  – you’re not really buying just one token, but an aggregate value of many tokens as chosen by the fund managers. Obviously, this involves placing trust in the judgement of fund managers, something which won’t sit well with everyone in a movement arguably designed to eliminate centralized trust-based systems run by banks, companies, financiers, etc.

Lots of people are in crypto with strong ethical reservations about that kind of arrangement, and for me that’s a really appealing aspect of the movement. However, simply from an investment point of view, you’re essentially betting on a wider portion of the market as a whole. If you’re bullish on crypto in general and you think the company are competent enough to make smart picks for the index fund, BLX is worth looking into.

How do you know if they’re competent? I’ll get into the company leadership in a moment, and as always, do your own due diligence as well before making any calls. Personally I’m interested in crypto index funds, and this method is far more accessible than their stock fund equivalent. In my opinion, this method reduces risk for users by diversifying their portfolio immediately just by buying on token.

BLX isn’t the only such index fund – ICONOMI now offers a number of index funds for investors.

This is another ICONOMI coin, but instead of being a direct representation of the combined ROI from the coins in the fund, the value of this coin represents the value of the company as a whole. That means the platform and token gains. Available on Kraken, the token volume will decrease over time as 20% of fees from the ICONOMI platform go towards buying ICN tokens and burning them as a way of paying dividends and increasing token value and scarcity. The model ensures constant deflation, a method being proposed by other tokens as well as a means of ensuring the longevity of the token value, and it’s quite a good idea – in theory! We’ll see how it plays out.

The platform itself looks fairly user-friendly, and you can check it out here for yourself. Difital asset arrays, 24/7 access, and transparency are all touted on teh site. You can also take a look at the meteoric rise and subsequent fall from grace of the blockchain index fund – ouch! Not a pretty site, but then, it’s pretty much just a reflection of the wider bearish market. If you believe in crypto and you’re in it for the long haul, you probably believe that the trend is temporary, and that charts like these will just be a bump in the road to successful adoption. Either that or you’re, like, totally freaking out.

ICONOMI actually branched off from Bitcoin payment gateway company Cashila. Cashila and ICONOMI were founded by Tim Zagar, who has headed up a total of 4 companies as CEO. They haev a lot of developers on the team, which is always a comforting sight, but they’ve been criticised on social media for dragging their heels when it comes to successfully promoting ICONOMI, and I have to admit that for whatever reason, i don’t hear as much about ICONOMI as I would have expected. Whether that’s down to the broader market trends or infrequent updates isn’t too clear.

Use case of the actual Token

Nicholas Merten from DataDash makes some interesting points about INCONOMI that are definitely worth considering before taking the plunge and investing. While bullish about the platform, he points out that the use case of the token is a little vague. A Medium post points to the token actually legally making token-holders shareholders on top of receiving their weekly dividend. Wow! Sounds great.

However (you could tell there was a however coming, right?) ICONOMI  have been quite decidedly vague about how that works, and whether that would even be legal in many countries is highly debatable.

Am I bullish on ICONOMI? I’d say I’m more intrigued. I’d be even more intrigued to see how they handle some healthy competition, and given the fundamental good sense of the index fund platform concept, I think it won’t be long before we see a number of projects hitting the news presses offering the same service. Something to look forward to! 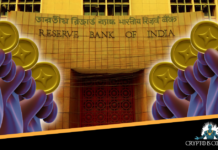 What’s happening in the Crypto World