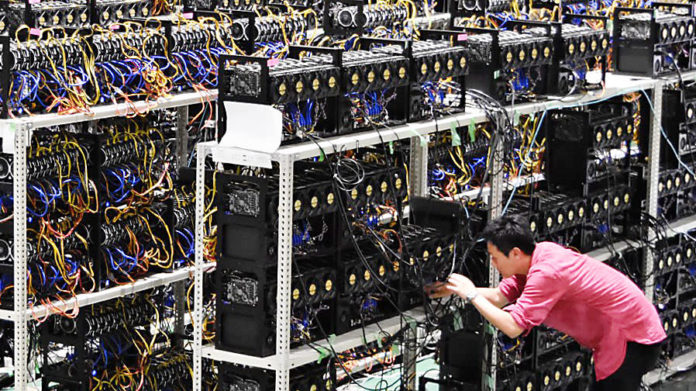 The mining industry has been witnessing a lot of correctional transitions especially when the sphere of its market is growing in up to now unknown territories. Recently Ripple SBI Asia head honcho spoke about how the mining industry will see the hash rate migration from east to west as indications of the same have already started to show.

Adam Traidman was positive when he implied that there was a group of Chinese miners who were interested and were paying anywhere between $0.03 to $0.05 per kilowatt-hour. The texas rate was low at $0.025 and below. Traidman stated that the relationship between Texas and firms overseas has not been the steadiest due to earlier business failures. There is a bit of ambiguity here but when more money is infused things will see north as it has always.

Traidman also highlighted that the tariffs imposed by the Trump government on China have also been one of the reasons for the slowing down. But once these tariffs have been lifted, there will be a huge growth almost immediately which is encouraging. The entourage of hash rate migrations from east to west has been the case as many of the big mining hardware providers are located in China. More than 90% of the shipments still belong to China.

He also noted that Europe had attracted and did their best in tempting the top companies of the mining industry but the operating costs have been high enough to prevent them to enter the region. The power rates in Europe are relatively higher compared to that of America.

Traidman also gave another perspective on high operating costs in Europe. He said that the overtly inflated operating costs could also be that the nations do not want the sector to invade its region too much. There could be many jurisdictions that are protesting because they are usually not efficient and eco-friendly which would ultimately have long-term repercussions.

With a continuous migration being witnessed from east to west, as also noted by the head of Ripple SBI Asia head, the tension between the USA and Chinese firms is yet to tackled and countered.

Robinhood CEO Vlad Tenev, May Have to Testify Before the US House Committee Over GameStop Allegations