A Supreme Court bench constituted to hear a case of extradition against Russian Alexander Vinnik has been accused of violating the accused’s right to a fair trial.  The accused allegedly operated the defunct crypto-exchange BTC-e and has been in custody since July 2017. At the time, the United States’ government accused him of laundering between 4 to 9 Billion USD via the exchange. After Vinnik was detained, Russia sought his extradition. France also sent a similar request in June and Greece is pressing criminal charges against him.

The case was heard at first instance in the Thessaloniki where the court ruled that he be extradited to France. Aggrieved with the decision, Mr. Vinnik lodged an appeal to the Supreme Court of Greece known as the ‘Aeropag.’ In the appeal, he was represented by his attorney of record, Mr. Zoe Konstantopoulou.

Addressing the court on Monday, Mr. Konstantopoulou submitted that the judges of the Greek Supreme Court had blatantly breached the rights of the accused. Being a Russian national, the accused had the right of privy to all court documents in his case translated to a language he understands. In this case, the court had been served with a request letter for extradition to France for Mr. Vinnik.

The accused’s attorney, Mr. Konstantopoulou was quoted as saying, “You have violated the rights of Alexander Vinnik, who hasn’t received an official translation of the French request. The documents haven’t been translated into Russian, they have no seals and signatures … You only employ this practice towards Vinnik because he is a Russian. You wouldn’t do this with any Greek, or EU citizen.”

Following this objection, the court adjourned and will proceed with the hearing, set for November 29.

Giving investment advice not a crime

Mr. Vinnik was apprehended on 25th July, 2017 in Greece on a warrant issued by the U.S. Justice Department. It followed his indictment by a California court together with the BTC-e exchange for among other offences operating an unlicensed money exchanger and money laundering. He is strongly linked to the Mt. Gox hacking and various counts of money laundering. In May, he confessed to charges of fraud and money laundering.

In his defense, Vinnik said that he was only a technical expert at Btc-e. “I gave some advice to that platform. That’s not a crime, and the exchange itself is not a crime, it is just a platform for exchanging cryptocurrency.” CRYPTO IS COMING 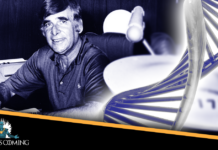 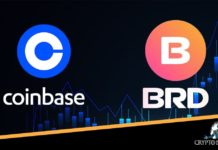