We all know Elon Musk as a technology leader and a tech aficionado. But he also seems to have an indirect connection with the crypto industry. On May 30th he had sent two humans into orbit in the world’s first private manned spacecraft. The launch is touted to be the first for a private company and not a national government. After 2011 it is also the first time since astronauts have taken off from the US soil.

Elon Musk as we know him as the CEO of the futuristic car company Tesla has used disruptive technology and invaded the rocket technology market by establishing and heading the venture SpaceX. He has also proven the value of his ventures by achieving a high turnaround time for interstellar launches. On May 30th SpaceX had launched two NASA on the Crew Dragon Ship that has been fuelled by Flacon 9 Launch vehicle.

In the history of Space travel, this is the first by a private company and in its 18-year existence, the trip has been planned the first time by the company. The mission delayed by three days as it was supposed to be launched on 27th May. It was advanced by a good three days because of weather conditions.

On the crypto front, Elon Musk currently is not involved directly but owns 0.25 Bitcoin. He also had some positive perspectives on Dogecoin (DOGE) and has always made it clear that in the future Dogecoin will be a choice for his asset investment consideration. In fact, he would rank it beyond any other asset. In fact in one of the Twitter polls jokingly proclaims Elon Musk as the best CEO candidate for this asset of which he already is.

As for the SpaceX launch of the astronauts into orbit, this surely marks a path-breaking milestone for those private companies who intend to do so in the future. 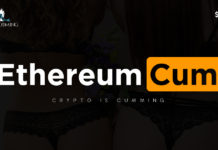