Christian Horner, the Team Principal of Red Bull Racing explained the recent cryptocurrency partnership stating, “In recent years, the rise of blockchain technology and cryptocurrencies has been truly remarkable, and we’re delighted to be the first Formula One team to embrace this, through our partnership with FuturoCoin.”

Paulina Wozniak the CEO of FuturoCoin was honored to have the cryptocurrency on a Formula One car and working alongside the Aston Martin Red Bull Racing brand.

Futurocoin is not as popular as Bitcoin (BTC), or Ethereum (ETH)and as far as technicalities are concerned, it is based on the same code as Dash (DASH). It promises four second transaction times and low fixed fees.

According to CoinMarketCap Futurocoin’s symbol is FTO, and the price at the time of writing is in the green at $4.88.

The Affiliation of Cryptocurrency and Sports

There have been numerous sporting teams supporting blockchain and cryptocurrency. At the end of December 2018, Litecoin (LTC) gained major visibility through its sponsorship in a UFC fight with its logo flashing on the Octagon’s canvas highlighting LTC to the world.

Certain sports teams like Italian football club Rimini FC even became the first team to be bought using cryptocurrency. While the famous NBA team the Sacramento Kings are mining digital assets from their own stadium. The profits from the mining are handed over to local charitable causes.

Red Bull Aston Martin, which is a loved brand throughout the world exploring a lesser known cryptocurrency is bound to attract more brands to trust and engage with exciting partnerships amongst other potential digital tokens. It brings back hope to the underachieving cryptocurrencies, which can create awareness through sports.

Interested in more crypto content? Check out Police Still on the Cryptopia Hack, They Claim another Quarter Million Dollars Have Been Hacked and Why Privacy Coins are important in 2019 and beyond 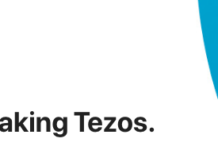 India – Now you too have a Local Tezos Baker

Why IDEX’s KYC is not a good idea?

Union Chain – A DAO for Agribusinesses