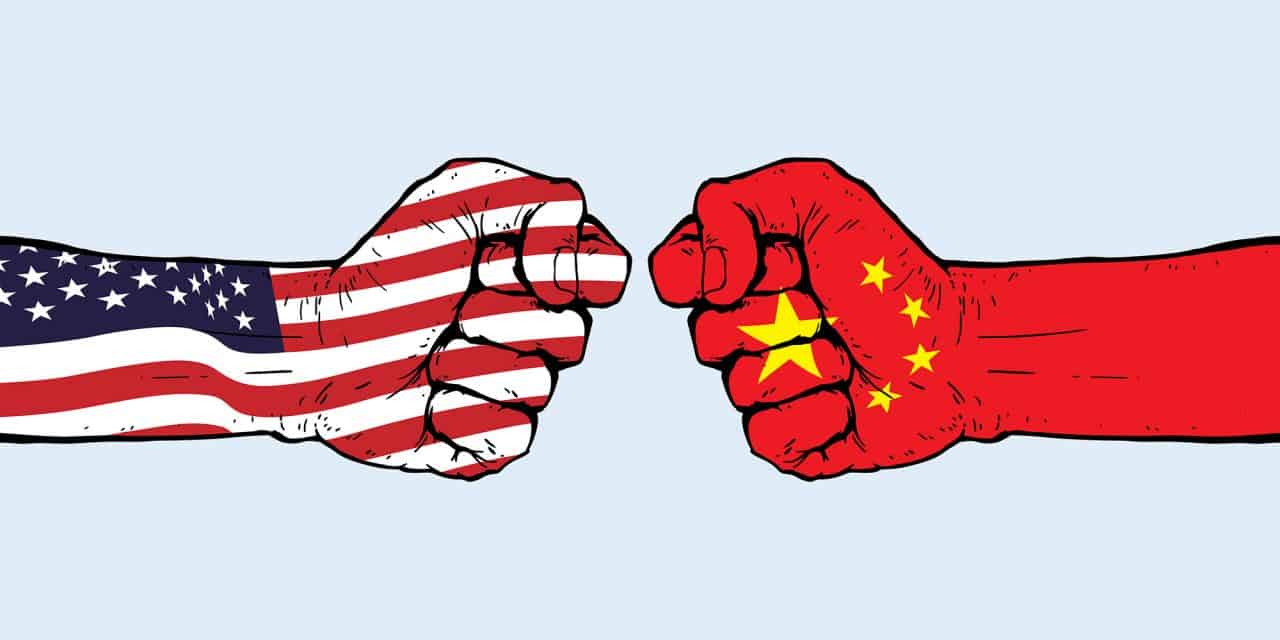 It’s hard to miss news coverage of the ongoing trade war between US and China among other states. The conflict has escalated to the point where it’s impacting all major world economies, with multiple nations imposing hefty tariffs on goods from ‘enemy’ states to create the economic pressure required to make one side surrender.

The trade war is like a softer version of sanctions, an area where crypto also plays an interesting role. Instead of outright sanctioning Chinese goods, usually considered a far more openly-hostile gesture, the US has elected to make them more expensive, causing US manufacturers and wholesalers to look for alternatives. The first tariff was a 30% hike on all foreign solar panels, an industry led by China.

Equally, China has imposed tariffs on goods typically imported from the US including soybeans, aluminum, cars, and more.

The trade war is estimated to have cost US businesses over $6 billion so far.

Sanctions are an extreme measure, a tool in the diplomatic toolshed kept right next to the all-out declaration of war. Sanctions from major economies like the US are particularly devastating – when the Cold War between the US and Russia led to the US banning trade of Cuban goods to the US and all US trading partners, the Cuban economy was crippled, launching the nation into decades of abject poverty.

Since its launch a mere decade ago, cryptocurrency technology has already taken a major spot in the stage of world geopolitics, with multiple sanctioned nations launching crypto initiatives to look into bypassing sanctions on their state currency by using cryptocurrencies instead. Iranian officials have commented outright on the potential for crypto to be used to trade privately and avoid sanctions:

Iran’s Presidential Office Alireza Daliri said: Iran is “trying to prepare the grounds to use a domestic digital currency in the country . . . this currency would facilitate the transfer of money (to and from) anywhere in the world . . . “It can help us at the time of sanctions.”

Other sanctioned nations like North Korea and Venezuela have also launched their own initiatives, with Venezuela creating the first state cryptocurrency (although many critics state that Petro lacks the characteristics of a true cryptocurrency).

The crypto IQ article states that “China has a shadow banking system that could be considered a fraud on a scale several orders of magnitude larger than what happened with ICOs,” adding that legally-compliant STOs are the answer to the “Wild West” of unregulated ICOs.

The trade war doesn’t just harm American businesses – Bitcoin mining hardware giant Bitmain has been severely affected by the trade war as well, with “electrical machinery apparatus” tariffs of 2.6% raising prices for American customers. This tariff then raised an additional 25% as the trade war escalated, an enormous price increase by any standards.

Over half of Bitmain’s sales come from overseas customers, although it is unclear how many come from the US specifically. Bitmain’s attempt to file for an IPO in response to the tariff pressure resulted in IPO filing documents being made publicly available – they revealed a $400 million loss in Q2 2018 compared to $1.1 billion profit in Q1, a staggering change over such a short time, directly correlating with the escalation of the tariffs.

Other Chinese miners are also affected by the 27.5% price hikes. The two titanic nations leading the trade war are due to end negotiations in March, by which time they will either end tariffs and reduce pressure on the already-embattled mining industry, or escalate further, potentially even introducing sanctions.

If the latter is true, we may even see China revisiting its stance on cryptocurrencies, a modern solution to the looming threat of trade sanctions on the second-biggest economy in the world.