Invariably the first thing someone new to the crypto space asks about is whether Bitcoin is used for crime. Organised crime, sinister crime, dark web crime.

“Isn’t that used to buy drugs and fund terrorists?”

You know what else is used to buy drugs and fund terrorists?

Fiat currency. The vast majority of drugs are bought with fiat currency, and unlike Bitcoin, cash isn’t traceable unless someone’s been writing down all the serial numbers. It’s anonymous.

A common misconception is that Bitcoin is an anonymous currency as well, but that’s not quite true – as we’ve mentioned here on Crypto Is Coming before, Bitcoin is actually pseudonymous, meaning that people make transactions under the pseudonym of their public key (the Bitcoin address is like their ‘name’).

While it’s not immediately obvious who’s spending what, and people can and do get away with transferring Bitcoin without being successfully traced, Bitcoin leaves a far more permanent and transparent “paper trail” than any other kind of money – the blockchain.

The Bitcoin blockchain ledger stores all of the transactions that were ever made – you can literally trace the very first Bitcoin transaction all the way down to today.

Because each Bitcoin has its own cryptographic signature, it’s not really fungible – instead of having ‘a’ coin like with fiat, you have ‘that specific coin that was used in a drug deal in 2004 and was then split into three sums and used to buy computer parts and play satoshi dice.’

It’s actually incredible how traceable it is, and all it takes is to make one proveable connection between a person and a BTC address to learn every transaction they’ve ever made – not exactly ideal for criminal masterminds.

Recently I visited a dark web marketplace aimed at funding paramilitary jihadists in Syria to buy weapons and combat training (seriously). The site accepts Bitcoin, because it’s the most famous currency and everyone knows it – it also accepts Monero, because it’s anonymous.

How much money was in the Bitcoin wallets? None. How much was in the Monero wallets? I have no earthly idea – the Monero blockchain isn’t transparent, and there’s no way of tracing funds once they’ve been sent which is why it’s used so often in cryptojacking malware.

Benjamin Strickland, the investigator who first put me on to the site, routinely investigates Bitcoin crime, and once traced a series of transactions that connected Syrian paramilitaries (different ones), South African kidnappers, and international scammers and extortionists all to the same wallet, proving a link between all the groups.

When I spoke to Strickland about this he pointed out that Bitcoin isn’t a good currency for committing crimes due to the inherent lack of anonymity, a far cry from the public perception that Bitcoin is for masked hoodlums only.

You know who else pointed this out recently? Subject matter expert Yaya Fanusie director of analysis for the Foundation For Defense of Democracies Center on Sanctions and Illicit Finance. He stated that while a number of terrorist groups including al-Qaeda and the Islamic State have attempted to raise funds using cryptocurrency several times without achieving any notable success.

He cited paramilitary group Mujahideen Shura Council (MSC) as one example – their crypto fundraising campaign ran for several weeks in 2016 and ended up netting just a little over $500 in donations.

Fanusie said that “cold hard cash is still king,” pointing out that many of the terror groups his audience were concerned with lived in areas with poor infrastructure making Bitcoin a complicated choice.

You know who his audience was?

The US Senate. Maybe now it’ll start to sink in for them. To play the devil’s advocate, white supremacist groups in the US have had much more success in their BTC crowdfunding efforts, perhaps due to having readier access to the appropriate technology.

The same goes for drugs, although here we get into murkier waters. Dark web marketplaces offer Bitcoin mixing services, which amounts to money laundering – users swap currencies around between each other at random to attempt to confound the efforts of investigators like Strickland, making it much more difficult to trace.

This is more common in drug dealing online due to the comparatively small amounts of money in each transaction (for the most part), leading to many thousands of transactions taking place in a vast network of drug consumers who are available to swap currencies in the mixing service.

Bitcoin drug purchases represent a tiny, tiny, tiny fraction of all drug purchases which are mostly made with curencies like the US dollar, but yes, this mixing service helps with anonymity. That said, if the FBI really want to track someone down using Bitcoin, they can – case point, Ross Ulbricht; Dead Pirate Roberts.

Despite his best efforts, after years of allegedly running a billion dollar black market on the dark web Silk Road admin Ross Ulbricht was eventually identified and arrested by the FBI.

While they haven’t revealed all of their secrets, refusing to explain how they located the servers, what we did learn from their investigation was illuminating and demonstrated that evidence can stick around on the web for a long time.

An FBI agent codenamed Agent-01 found Bitcoin Talk posts from 2011 under the username ‘Altoid’ who wrote repeatedly about the Silk Road, perhaps as a means of shilling it to would-be customers:

“Has anyone seen Silk Road yet? It’s kind of like an anonymous Amazon.com. I don’t think they have heroin on there, but they are selling other stuff.” Eight months later, Altoid posted again seeking a “pro in the Bitcoin IT community” – and directing interested parties to contact rossulbricht@gmail.com.

From there the feds drew connections between the DPR persona and Ulbricht, such as repeated references to the school of economics outlined by Ludwig von Mises. The FBI said that while DPR used a VPN, the server it was accessed from (according to the subpoenaed VPN records!) was in an internet cafe near Ulbricht’s home.

They arrested him in a public library, making sure to wait until he was logged in so they wouldn’t need to try and crack his passwords, simply plugging in a flash drive to extract unencrypted content from his laptop.

26,000 bitcoins were tracked (over $40 million at the time), identified as being funds used in drug trafficking, and seized due to the accessibility of the blockchain record.

Bitcoin is many things – a pioneer, a groundbreaking achievement, kind of a pain in the ass when the network gets clogged – but it’s not a suitable means of funding terror or organized crime.

Unfortunately for the FBI and their international counterparts, that is the realm of privacy coins. 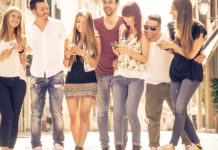 Why Millennials and Gen Z Are Attracted to Bitcoin

Is This Bitcoin’s Killer App?