Never a dull day in cryptoland

Circle, the self proclaimed peer-to-peer payments technology company has just announced the purchase of Poloniex.

“We’re proud to announce that Circle has extended its commitment to a new vision for global finance by acquiring Poloniex, a leading token exchange platform,” founders Sean Neville and Jeremy Allaire posted on the company’s website.

This is interesting because both companies were lagging behind the rest of the industry in the past year. Too scared to compete directly with the monster that is Coinbase, Circle pivoted away from Bitcoin on-boarding services to OTC trading. Poloniex, once the altcoin exchange of choice for crypto traders, has been passed by both Bittrex and Binance in recent months with rumors of insolvency making the rounds. Even more interesting are Circle’s investors…none other than Goldman Sachs Group. The company raised over $135 million in venture capital from 2013 to 2016 led by $50 million from Goldman.

Personally, I read this as extremely optimistic for Cryptocurrency in 2018 and beyond. Goldman Sachs is one of if not the most influential Wallstreet banking institution, regularly sending its execs to take up cabinet positions with newly elected Presidents. Its influence in Washington is big, and now they’re backing of the largest and most influential companies in the crypto industry. These types of investments don’t get made without extreme diligence and influence on upcoming legislation.

Get your moon suits ready, 2018 is gonna be wild ride. 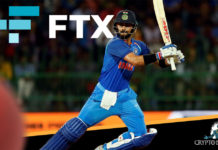