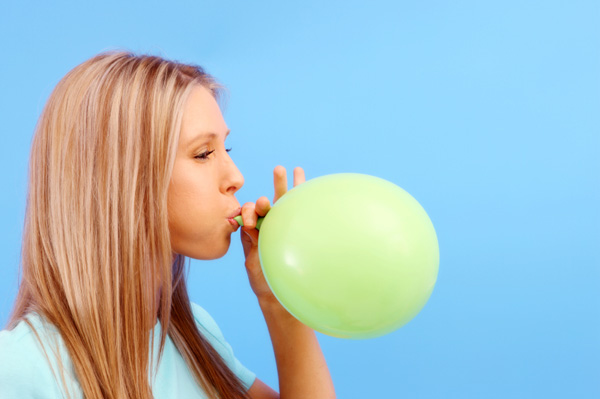 The crypto space is constantly abuzz with the various factors that may or may not influence the price of Bitcoin, and there are a lot of them.

Media influence, market manipulation, the infamous Chinese new year – some are more proven than others, but they’re all prominently featured in the analyses by market pundits trying to figure out what Bitcoin is going to do next.

One factor that is less talked about but not necessarily less important is the impact of falling (and rising) fiat currency values on the price of Bitcoin. Does the massive deflation in Venezuela lead to more people buying Bitcoin? What about the fall of the Turkish Lira, the decline of the British Pound?

International trade wars and sanctions combined with economic catastrophes of varying degrees are all creating major waves in the fiat currency markets at the moment – here’s how that may be affecting crypto prices.

Hyperinflation and Volatility in Fiat

Twitter user Geoffrey Williams posted a series of tweets about the effect of inflation in countries with hyperinflationary fiat currencies, pointing out that less than ten countries with volatile national currencies are responsible for 40% of the weekly LocalBitcoins trading volume which amounts to 40% of the mining supply.

Williams states that people significantly underestimate the impact that countries with unstable currencies have on Bitcoin prices, adding that while the mining supply is currently around 12,600 BTC per week or ($80 million), the weekly volume at LocalBitcoins (a marketplace allowing for peer to peer BTC trading in exchange for local currency) has stabilized at around $50 million per week after the 2017 volume spike which was replaced by what he perceives as a long-term growth spike.

Williams points to Venezuela as one of the countries with high trading volume in the face of a collapsed economy that has led to one of the worst ever cases of hyperinflation, also listing Russia, Nigeria, India, Colombia, Sweden, Peru, South Africa, Ukraine, Kenya and Mexico as nations with high LocalBitcoins volume with accelerating growth.

6/ A Venezuela (shown in BTC given Bolivar volatility) pic.twitter.com/qoKONzAbNG

The common denominator is that all of the countries’ fiat currency has lost value against the USD over the last 5 years. As Williams says, go figure.

“I don’t know what % of LocalBitcoins volume represents net inflows into these currencies but I would imagine it’s a significant % as once people have BTC they’ll either hold it (capital flight) or send it to others goods/services (why they bought it in the first place).”

14/ It’s always tough to predict what #BTC holders will do; however this analysis suggests mining supply should have a relatively stable and welcoming home in the current price context and increasingly so as time passes if current levels continue

Here’s a thought experiment – if the USD and EUR lose value due to inflation and Bitcoin stays as stable as it is now (unlikely), Bitcoin will increase in fiat value, meaning fiat inflation would cause an increase in Bitcoin’s price long term.

Fiat volatility is typically measured by the consumer price index or CPI, which shows (for example) a 23.5% inflation per year relative to the value of the USD in 1913 with most of this inflation occurring after 1970.

Zachary from Bitcoin Insider points out:

“Since the launch of Bitcoin, the USD CPI has risen from 211 to 252, corresponding to approximately 20% inflation. Therefore, USD inflation should cause Bitcoin’s price relative to USD to rise by 2-3% per year. This is practically undetectable since Bitcoin’s price is extremely volatile, but perhaps once the Bitcoin market matures this will become a more significant factor.”

Zachary goes on to point out that this year 657,000 Bitcoins will have been mined which represents a 4% increase in the Bitcoin supply that can be considered Bitcoin inflation. Dollar inflation and Bitcoin inflation approximately cancel each other out, if the CPI numbers are accurate.

However, if Bitcoin had a CPI, it would be decreasing drastically since Bitcoin’s price has been going up rapidly long term, so Bitcoin is actually strongly deflationary.

The above tweet is from the St Louis federal reserve which posted a report suggesting that cryptocurrency is a viable alternative to cash, albeit government cryptocurrency of course.

Here they are again stating that a private cryptocurrency could actually eliminate the need for a single currency acting as the world reserve (such as the USD).

An intersting fact is that 65% of all US dollars in circulation are being used outside the US in other national economies due to the USD acting as a global reserve currency.

An Irish Tech News article explores this concept in greater detail, pointing out how nations’ decision to increase the supply of their currency has historically been a short-term way gaining more trading power while opening themselves up to inflation that has particularly impacted developing countries.

Countries suffering from market volatility and unstable economies often purchase reserve currency to offset the volatility, but this has created huge problems in the long-term. Economist Robert Triffin argued that transactions such as these have forced countries to print more currency and hinder domestic and global economic growth.

Cryptocurrency helps break down national barriers by allowing users to spend it in any nation at the same value while also creating a separate economy that is not subject to government pressure to create more currency to increase supply for short-term goals, creating a potential solution to the Triffin Dilemma.

Hypothetically this is great news – of course, the issue is, as always, lack of adoption and extreme volatility in the crypto markets.

However, a stable cryptocurrency solution could lead to fiat inflation positively impacting the price of Bitcoin and altcoins in a more meaningful way while allowing for an international economy based on cryptocurrency.

Smart-contract ‘central banks’ that stabilize stablecoin price movement without requiring fiat collateral are already used in currencies like DAI. Algorithms control supply and demand, selling or buying currency automatically in order to maintain stability without devaluing the balance of the individual holders.

While traditional stablecoins rely on fiat to operate, the new wave of currencies could help significantly alleviate the effects of the Triffin Dilemma and usher in a new form of global reserve economy.

Such a thing will not happen overnight, and may not happen at all – however, it’s safe to say that international trust in the global banking system will not recover from the mistakes of 2008 any time soon, leaving the playing field open for a new, trustless, decentralized solution to the problem that may benefit current cryptocurrency investors and future economic participants with no crypto knowledge alike.