Blockchain and Cryptocurrency are still confused terms in India, but it’s enthusiasts are seen to be solving the jigsaw puzzle one step at a time. One such Blockchain group in India, Blockchained India is taking the forefront in terms of the most vital topic – regulations.

Blockchained India’s co-founder, Mr. Akshay Aggarwal, was invited by Swissnex for a  delegation to learn more through in-depth discussion about Blockchain technology.

Aggarwal is examining real-time use cases related to the blockchain ecosystem in Switzerland , in order to showcase and include it in India’s Blockchain friendly draft report. The primary purpose is to bring forward how technology like Blockchain is more of an advantage in revolutionizing a country like India. India currently faces several problems in terms of centralization of powers and corruption.

India’s Much Needed Step for Blockchain

The Indian government’s confused state of what Blockchain is, and not understanding the technology behind it has left the Blockchain and Crypto enthusiasts of the country taking matters in their own hands.

Akshay Aggarwal highlighted in a previous article about the enthusiasm about Blockchain in India. Aggarwal said, “We have found Delhi and Bangalore to be the most mature ecosystems. The enthusiasm, especially in Delhi, is another level altogether. Though when you look specifically at enterprise blockchains, Hyderabad comes quite close to Bangalore. This is due to the initiative of the Telangana government to form a blockchain district.”

Blockchained India’s initiative of one of the most essential and vital events for Blockchain revolution in India- India Dapp Fest is expecting 600+ blockchain developers, 1200+ attendees and Crypto lovers from around the world, and the Indian public understanding more about India’s potential utilizing the technology.

India Dapp Fest 2019 will be held in the Lalit Ashok, Bangalore from the 11th to the 15th of June.

You can book your seats here – https://www.indiadappfest.com/ 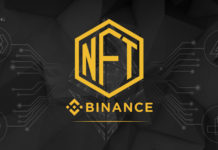 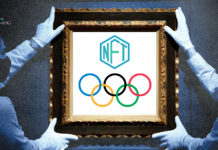