Of course, this often means that many individuals are wrong in their predictions. In one of the most obvious examples, Tom Lee of Fundstrat Global Advisors, has been overly optimistic regarding Bitcoin’s price. Specifically, Lee stated that the price of Bitcoin was going over $50,000 in 2017. In a later CNBC appearance, Lee said that he believed Bitcoin would reach $25,000 by the end of 2018. Given the fact that it is already several days from the year’s end, the prediction is way off – considering that the price of Bitcoin is under $4,000 (as of press time). Here is Lee’s aforementioned CNBC appearance:

For those who are unaware, Bitmex is a Hong-Kong based cryptocurrency trading platform that is one of the largest by volume. It’s also known for its margin trading, and many view the platform as controversial.

Regardless, Arthur Hayes, the CEO of Bitmex, pointed out that Ethereum would bounce back after the initial coin offering (ICO) market is revived. Specifically, he stated: “The use case for Ether is primarily ICOs. That market is dead right now. Once there are new issues, then Ether will rebound aggressively. When the ICO market returns, Ether will quickly test $200. The timing of the ICO rebirth is 12 to 18 months out.”

Hayes also pointed out that he believes there will be two particularly hot trends regarding cryptocurrency that might lead to more investments than others. For example, it’s no secret that many investors have turned to stablecoins because of the lack of interest in ICOs as of present time. 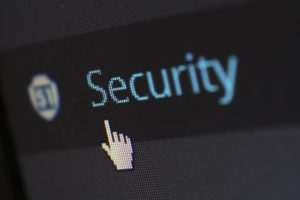 He stated: “Security tokens and stablecoins will prove attractive sirens for investors in 2019. While their fundamental raison d’etre is flawed, investors in this time of pain will latch onto anything they believe will be their ticket to easy riches.”