This article will attempt to provide a non-technical, beginner friendly, and mostly drama-free explanation of Bitcoin’s scalability debate (and why should care about it), the solutions that have been proposed, and the current state of the debate.

If you are new to Bitcoin or Cryptocurrencies in general, you might have heard terms such as “scaling debate”, “segwit”, “Block size”, “on chain” and “off chain” thrown around. If you have asked someone to explain such terms, either in person or online, you may have been presented with impassionate speeches arguing for one side or the other, conspiracy theories, menacing glares or outright censorship.

Blocks are the literal building Blocks of the Blockchain, the technology underpinning Bitcoin and all other cryptocurrencies out there. As the name suggests, the Blockchain is a sequence of Blocks, each of which contains a finite number of digital transactions.

Blocks could have theoretically been any size; however, they were first set to a maximum size of 1MB to avoid spam and abuse of the Blockchain. How could the Blockchain be abused? I’ll give you two examples:

The second reason to implement a limit was to avoid being hit by DoS (Denial-of-Service) attacks. Much like in the first example, this consists of a user (or group of users) sending hundreds of thousands of transactions with the intention of creating a glut in the Network. If you have ever tried to access a website that is being hit by a DoS attack, you know that these are generally impossible to reach. Likewise, if the Bitcoin network were to be hit by DoS attacks, it would become unusable.

Therefore the 1MB limit for each Block was created. Since each Block could only hold a finite number of transactions, and users pay miners a small fee to mine a Block, the 1MB limit ensured that only worthwhile transactions were carried on the Blockchain. Bitcoin was able to chug along happily with 1MB Blocks until…

While Bitcoin was only being used by enthusiasts it never faced any problems with the cap on Block size. Blocks were rarely filled to above 70% of their 1MB capacity before being processed by the nodes on the Bitcoin network.

However, as Bitcoin adoption grew and everyone and their grandma wanted to get on the Crypto-action, the number of transactions increased exponentially. Suddenly, Blocks were filled to the brim and the Network started having trouble keeping up with the number of Blocks being generated. Users were forced to offer higher and higher fees to Miners to process their transactions first, or at least in a timely manner. Even with heftier fees, Bitcoin transactions were taking longer than ever to be confirmed and added to the Blockchain. At 1MB per Block, it is estimated that the Bitcoin network is able to process up anywhere from 3.3 to 7 transactions per second.

To put things in perspective, Visa claimed back in 2010 to be able to process up to 24,000 transactions per second.

The Bitcoin community started coming up with solutions that would allow Bitcoin to scale and function as a currency, and very early on the community split around two proposed solutions:

Both of these solutions have their own merits so naturally a horrible debate broke out among the community, including name-calling, conspiracy accusations, death treats and more! For objectivity’s sake, we will gloss over this part of the story and just look at the solutions themselves.

Before we get in to the discussion of both solutions, it is important to note that both of these solutions are currently co-existing in the form of Bitcoin Cash and Bitcoin Core. If you owned any Bitcoin before August 2017, you are the proud owner of both Bitcoin Cash and Bitcoin Core. If you are looking into purchasing Bitcoin, you are now faced with a choice of which Cryptocurrency to buy, which will be guided by which solution you consider to be the better choice for Bitcoin long term.

One of the greatest merits of the Block Size increase solution is its simplicity. It’s both simple to understand but also simple to implement. After a relatively painless change to Bitcoin’s source code, the Bitcoin Cash network can now handle larger Blocks. Proposals revolve around a new 8MB limit, instantly increasing the network’s speed eight-fold, however as we mentioned before there are no hard rules around what a Block Size should be.

However, some have worried that increasing the Block size will eventually crowd out smaller miners and nodes. As the size of the Blocks increases, the computing power required to verify each one and the storage capacity required to store the Blockchain increases linearly.

Thus, very large Block sizes would crowd out all but the more affluent of miners, as they would be the only ones able to process them. The problem would be even more severe for Nodes, whose job is to store the Blockchain and are not financially incentivized to do so. This would lead to a centralization of hash power, which is anathema to most Bitcoin users, and a lack of nodes, imperiling the entire system.

Although this doom case scenario sounds terrible, it doesn’t appear that a Block size of 8MB is anywhere near as big to trigger such an event. What the maximum Block Size of Bitcoin Cash should be remains in question.

Another problem with increasing the Block Size was that it implied changing Bitcoin’s source code. Nodes and Miners would have to upgrade a newer version of the software, which would be incompatible with older versions still using 1MB Block Size. This is what is known as a hard-fork, as parties who decided not to upgrade the software would be unable to transact with those who did upgrade.

SegWit (which is short for Segregated Witness and is in no way related to the gyroscopic scooters used by mall cops everywhere) proposed handling the Scaling debacle in another way. Instead of requiring a mandatory software upgrade (and causing a hard fork), SegWit proposed separating the Witness Data files from the Blocks and making these visible only to parties running SegWit software. Non SegWit-ready software would still be able to see the transaction data within the Block, thus maintaining backwards compatibility, and SegWit-ready software would recognize the Witness data within the Block.

As a result, SegWit achieves a virtual increase in the capacity of the Blocks (of up to 4x) without mandating a software upgrade. This pleased everyone who was weary of any changes to the Bitcoin Software source code, while at the same time increasing transaction speed.

SegWit was activated on the Bitcoin (also known as Bitcoin Core, to differentiate from Bitcoin Cash) on August 24, 2017.
However, as this change by itself only increased transaction speed by 1.7-2x (remember the VISA network is at least 3,400x faster), SegWit also prepared the field for “second-layer” or “off-chain” transactions.

These transactions imply users and businesses committing their Bitcoin to a third-party clearinghouse which, as the name suggests, clears all the transactions between its intermediated parties by itself (thus they are off-chain transactions, referring to the Blockchain), decreasing the number of transactions (and thus fees paid to miners) processed and verified through the Block-Chain.

The most well-known second layer is the Lightning Network, currently being developed by a company called Blockstream.

The benefits of second layer transactions are well-defined, but so are the risks. For starters, although users would avoid paying fees to miners, they would find themselves paying fees to the clearinghouses or Second-Layers providers, and one can only speculate on which solution would be cheaper in the long run.

A much more serious problem is Counterparty Risk, which is the risk of one of these clearinghouses defaulting on their obligations to their users. Although these kinds of risks are routinely hedged by Insurers, the 2008-2009 financial collapse has shown that even the insurers themselves will fail, leaving everyone swimming naked in a low tide.

Which Side Should You Pick?

Let’s do a quick recap of how both Scaling solutions have thus been implemented:

If it isn’t obvious, two different groups stand to win if either solution is the dominant one, which explains all the vitriol surrounding the debate. Let’s spell it out:

By now you may be wondering which side of the debate to pick. The answer is:

If you think either Bitcoin or Bitcoin Cash will be the dominant Cryptocurrency in the future, your investments should reflect that. If you think both can co-exist in the future (and the number of Cryptos out there are an indication that they probably can and will, perhaps serving different purposes), then you should hedge your bets and invest in both.

Don’t let the vitriol, name-calling, conspiracy theories or a sense of belonging to a “tribe” influence your investment decisions. Be smart, weigh the pros and cons, and make a rational decision.

If you need help investing in Bitcoin or Bitcoin Cash, be sure to check our guide here. 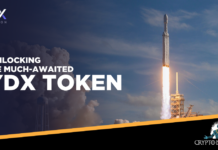