What was once viewed as a bastion of financial stability and opportunity has slowly come to be viewed with scepticism over the decades, until finally we’ve arrived at an era in human history where the vast majority of young people view banks with outright distrust and hostility.

Can you blame us?

On paper, I grew up in a wealthy European country.

In practice, I had little chance of getting a good job, no chance of affording a house, and all my friends and cousins were moving to Australia, America, Canada, anywhere they could so they could get by. Even three years ago there were 400 people queuing for 60 MacDonalds jobs, and when I was younger it was far worse – here’s why.

Ten years ago, around the same time Bitcoin was released, the financial world collapsed. The 2008 recession was widespread, and investigations have since revealed criminal negligence by bankers in every country affected as a direct cause of the crisis.

In Ireland, where I’m from, the government issued a $78 billion bailout to the banks that had crashed the housing market, crashing the local economy as a whole. A country of under 5 million people issued the banks $78 billion dollars, something we’re paying for to this day, and something the following generation will still be paying for. For all that, a grand total of three bankers have been charged with fraud, and that’s a story that repeats itself over and over throughout the world.

It’s no wonder that people are interested in a form of currency that only they control, that cuts banks and governments out of the process as much as possible. While Bitcoin is appealing to people of all ages, it statistically is used by millennials more than anyone else – perhaps it’s simply an embrace of all things futuristic, but I think it’s a lot easier for people to reject the traditional banking system when they grow up watching it crash and burn and topple national economies in the efforts to keep it afloat.

The fees are too high

You’ve got to spend money to make money, right?

And hey, you’ve got to spend money to keep and use money, right?

When you deposit money into a bank, they pool that money with the rest of their customer’s money and invest it in different assets and projects, generating revenue. That’s pretty much the whole idea

If everyone tried to empty their bank account at the same time, they’d probably be in for a long wait, because that money isn’t actually all there, a lot of it’s tied up elsewhere. Between that and offering loans with interest, they pretty much have it made.

Of course, banks also charge fees. There are fees for sending money, receiving money, transferring money to a different currency, withdrawing money from an ATM, etc, etc, etc. This isn’t really their prime source of revenue, but they slap those fees on there because they can – I mean, when there are literally no other options, who wouldn’t, right?

Arresting bankers for fraud would be biting the hand that feeds, so elite banking officials get to live above the law as long as they provide the global elite with what they need. Likewise, on the complete opposite end of the spectrum, average people are just going to pay the fees, because it’s either that or what, sleep with the money in your house?

No credit rating, no e-payments, and just hope your house never gets robbed or flooded or burned, because then you’re screwed? Banks have had a monopoly on financial services for a long time, and have leveraged a huge amount of political and social power out of the arrangement.

You can see where I’m going with this.

Now there are cryptocurrencies.

Cryptocurrencies with low fees, or even no fees in some cases. Cryptocurrencies that you can store by yourself, on your phone, or on your computer, or on a hardware wallet. You can even store your money on a piece of paper if you want to.

There are options all of a sudden, and people want to use them. People want to be in control of their own finances, and not worry that their money is in the hands of people who can’t be trusted with it, and with cryptocurrency, that’s now possible.

I mean, you still have to do your due diligence.

Sorry guys, that was kind of a low blow in hindsight.

While there are of course scams in the under-regulated cryptocurrency market, the market and community as a whole has come to at least one definitive conclusion, which is that Bitcoin is leading the way.

Bitcoin is by far the most commonly used cryptocurrency, and even in this bear market it’s worth ten times as much as the next best thing. Whatever you may believe about Bitcoin being too slow (and god damn, it is way too slow right now), the community seems to agree fairly unanimously that Bitcoin can be trusted.

Yes, it can be a volatile asset – nobody knows how much it’s worth, and the main thing it has going for it is brand awareness and a very, very low market cap. Because only 21 million Bitcoin will ever exist (really, the number is lower due to permanently lost coins), the price is deflationary. Compared to currencies with hundreds of millions or even billions of coins, Bitcoin is a relatively rare commodity.

Will Bitcoin be the asset of our generation?

The average millenial is 26.5 years old. It kind of pissed me off to learn that for some reason, because at the time of writing I am exactly 26 years and six months old. I thought I was special! 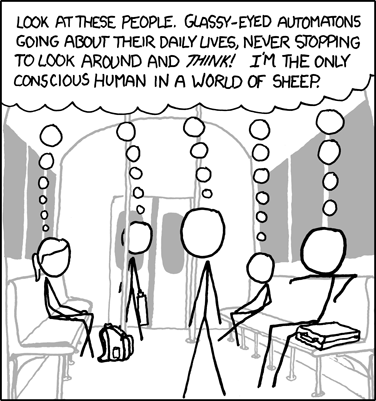 That means that on average, millennials are now reaching the age where people begin to look at two things: housing, and investment. Now, housing means different things to different people (did you know that millennials are actually saving the RV market because it’s being seen as an alternative to housing in the current market? Thanks, banks!).

So does investment – but every generation always has their thing.

The baby boomer generation drove up the price of gold 15% over the course of a decade. As soon as it was open to the public, they swarmed on it.

Generation X preferred hedge funds, and they saw an increase in market value throughout the investment period of-  that generation and then leveled off.

The insanely meteoric rise of Bitcoin in 2017/18 coincided with millennials reaching their own generation’s “cohort investment age”.

For every billion dollars that goes into crypto, it’s turning into 25 billion of price appreciation. If millennials put 10% of their savings flow (100 billion) into crypto, that’s a 2.5 trillion increase for year.

Now, I know what you’re thinking. “Wow, Conor, this is such great research! You’re a heck of a guy, even if you are statistically the most average person on the planet!”

But you actually have Thomas Lee to thank for a lot of this research.  Lee is a Wall Street strategist and was  J.P. Morgan’s Chief Equity Strategist from 2007 to 2014 before co-founding his own company. I saw a talk that Lee gave at the Upfront Summit that really sat with me – he got into what exactly defines a baby boomer, a gen-x’r, a millennial, and brought some in-depth technical analysis of their habits.  He discusses countries that don’t have faith in their own ruling authorities, stating “there is a very high correlation between the lack of trust in their government and the flourishing of digital currencies”.

Back to what I was saying about millennials – Every $2 billion that goes into crypto turns into $25 billion of price appreciation. If millennials put 10% of their savings flow ($100 billion) into crypto, that’s a $2.5 trillion increase for year.

Following that trend, Lee thinks that the end of the generational cycle could see Bitcoin worth $10 million per Bitcoin.

I’m pretty bullish on Bitcoin, and I’ve discussed the possibility of a $1 million Bitcoin before, and I have to say that even I was surprised to see that one.  Lee demonstrated that despite the extreme volatility of the cryptocurrency market, the inclusion of a small Bitcoin in an equity portfolio actually reduces the overall portfolio volatility, along with a bunch of other interesting research points.

As with anything, it’s important to consider the agenda of someone talking up cryptocurrency and what they have to gain – and here I’m talking about Lee, I’m talking about our boy Carlos Matos, and I’m even talking about writers like me. You should always do independent research when you find information that interests you online, and I welcome you to hit me up in the comments below if you don’t agree with me.

Having said that, I personally feel like I can see which way the wind is blowing. This generation is the largest generation in human history, and all that spending power coupled with a new-found desire for change is a powerful force to reckon with. Millennials have already made their mark by transforming the alcohol industry, the automotive industry, the restaurant industry, because what the previous trends weren’t suitable, they were a rip off, they needed to change. Now we’re turning our gaze to the finance world.

So watch out, banks.

Why Millennials and Gen Z Are Attracted to Bitcoin 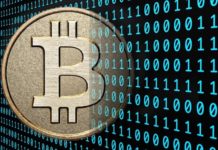 Is This Bitcoin’s Killer App?