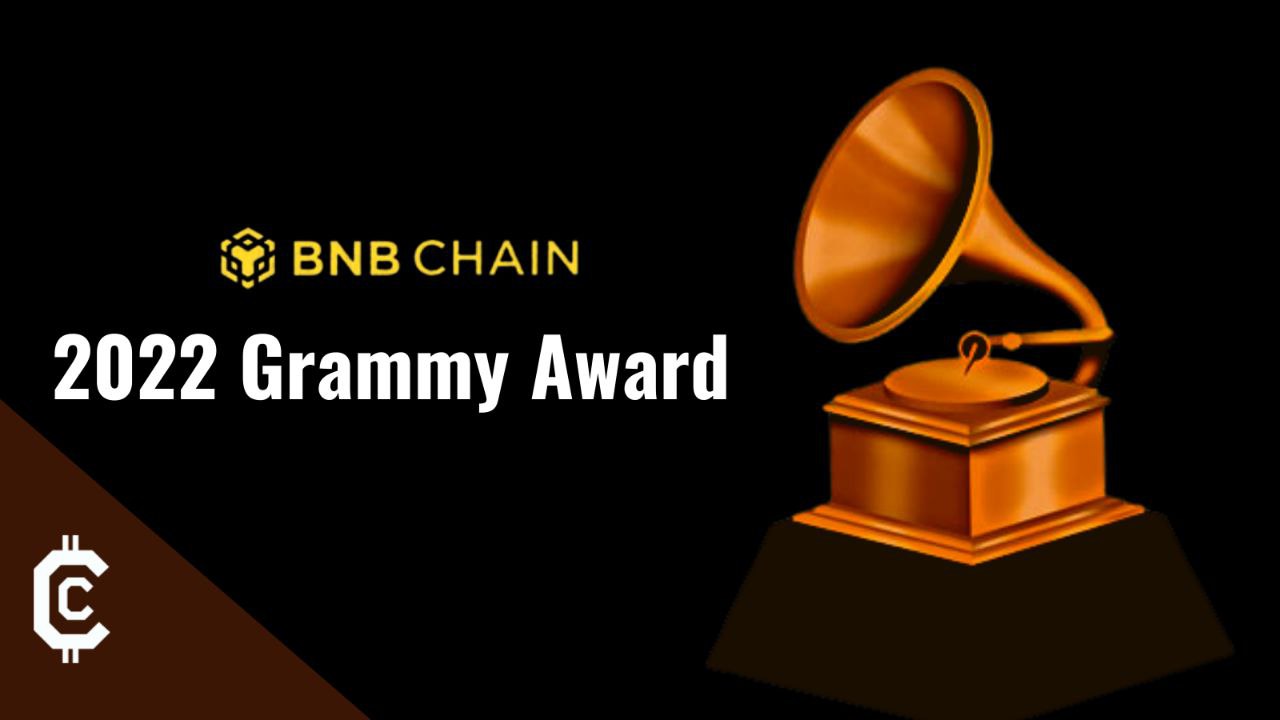 Binance, the world’s leading blockchain ecosystem and cryptocurrency infrastructure provider with a financial product suite that includes the largest digital asset exchange by volume with a global trust by millions of users worldwide, recently raised another pillar within its ecosystem as it keeps building partnerships and giving support. Binance platform is dedicated to increasing the freedom of money for users and features an unmatched portfolio of crypto product offerings.

On Thursday, 31st March 2022,  the global blockchain company announced that it has signed a partnership agreement with the Grammy Recording Academy to become the first-ever official cryptocurrency exchange partner for the 64th Annual GRAMMY Awards and GRAMMY Week events, including the inaugural Recording Academy Honors celebration. As the official crypto exchange partner of the GRAMMY Awards, Binance will continue to work with the Recording Academy throughout the year to bring various Web3 technology solutions and experiences to the organization’s members, events and initiatives.

About the Recording Academy

The Recording Academy represents the voices of performers, songwriters, producers, engineers, and all music professionals. It’s firmly dedicated to ensuring that recording arts remain a thriving part of the general shared cultural heritage. Going forward, the Academy honors music’s history while investing in its future through the GRAMMY Museum, advocates on behalf of music creators, supports music people in times of need through MusiCares and celebrates artistic excellence through the GRAMMY Awards which is music’s only peer-recognized accolade and highest achievement.

Note that as the world’s leading society of music professionals, the Grammy organization works year-round to foster a more inspiring world for creators and this has been an inspiring feat for many other brands within the entertainment sector. Following claims by the company, Binance is the first-ever official crypto exchange partner of the 64th Annual Grammy Awards.

Remarks From The Record Academy and Binance

Owing to the prospects that this partnership holds,  the Co-President of the recording academy, Panos A. Panay made a remark:

“As we continue to evolve the Recording Academy for a rapidly changing music industry and for the next generation of creators, we feel that it’s important to work with innovative partners to explore new monetization avenues for our members and create new experiences for music fans,”

In another statement captured by The Block, he further said:

“As the leading player in the crypto and blockchain space and with its community-focused approach, Binance is the perfect partner for the GRAMMYs and for our mission to empower music people around the world.”

Furthermore, remarks eased off from the global Blockchain company as the Co-Founder, Yi He made remarks as well:

“We were impressed by the Recording Academy’s ability to meet changing demands of its community. This is something we mutually share as a company that puts users and people first. Starting with the GRAMMYs, we are excited to work together with the Recording Academy to bring fresh new experiences powered by blockchain and all the great things Web3 technology can bring to entertainment.”

According to the Press Release, additional details about the partnership will be announced at a later date but in the meantime, the event will be held live from MGM Grand Garden Arena in Las Vegas which stands as the 64th Annual GRAMMY Awards, and will be broadcast on Sun, April 3, 2022, at 8 p.m. ET/5 p.m.