The crypto stablecoin from the land of Turkey, BiLira has witnessed some good news. BTSE the much demanded over-the-counter Bitcoin and Altcoin futures exchange extended their support for BiLira’s Turkish stable coin called TYRB. With the new development, TRYB can be traded against Tether on the spot markets at the exchange.

Turkey is yet to realize the potential of the cryptocurrency wave and it can be safely said that it is at the nascent stage. The CEO of BTSE has stated that this alliance will go a long way in the upliftment of the trade and raising awareness among people. The new partnership will help users to experience instant settlement along with the convenience of lower fees through remittances.

The entry into the Turkish market took place early this year and ever since it has managed to grow the community further. Ever since there has also been an increased demand for onboarding options through the stable coin. It also coins 19 among the pairings which BTSE does.

The chief officer at BiLira is also hopeful about the outcome of this step. Apart from being a leading center for the blockchain industry in the world map, it will also encourage more and the learning curve can be sharper. Not that cryptos are any new to the Turkish traders because earlier on it was used as an asset to hedge risk. The mobile penetration here is a good 90% which means that a considerable proportion of the population is well-versed with mobile banking and other apps.

Turkey has a strong trading history but the aim of the coin is not to create any speculation. The crypto enterprise is looking at serious ownerships and wants to create a platform that has some genuine takers and use. The system so set will allow people to buy up to 100,00 euros per month without paying even one lira as commission. The no-commission prospect may harm the company but it is a great option for long term prospects. It is an excellent proposition for the migrants who can now send money back home with just a click on their device! 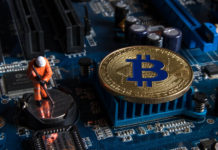