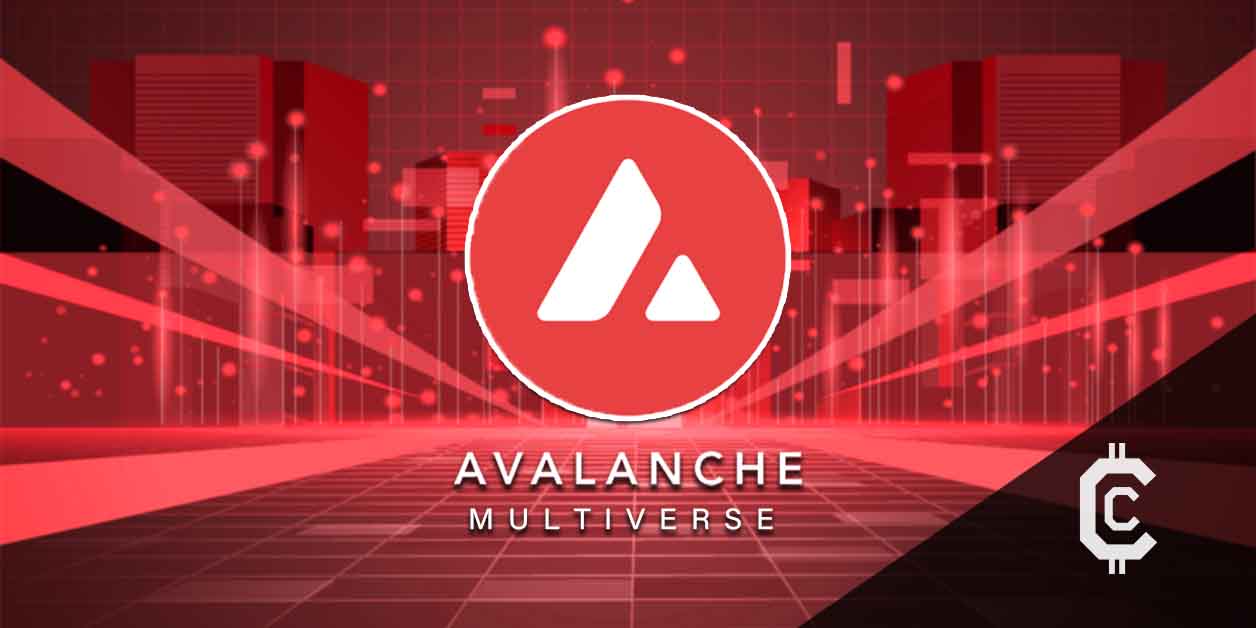 Avalanche, a fast smart contracts platform in the blockchain industry as measured by time-to-finality, has the most validators securing its activity of any proof-of-stake protocol and blazes fast, low cost, and green, recently launched its foundation on Metaverse.

Owing to the fact that the entire DeFi Kingdoms universe is written into smart contracts, pushing the borders of what is possible with blockchain technology, Avalanche began looking very early on for technology that could help scale and introduce new features like using its native token for gas fees, without sacrificing security or decentralization. Building a robust structure, it developed an Avalanche Multiverse that intends to be divided into at least six phases to support future cohorts of projects participating in the program and is not constrained to a defined period.

Avalanche Subnets enable us to create an ideal environment for institutions to migrate on-chain and experience the power of DeFi protocols first-hand as users rather than just as investors,” said Stani Kulechov, Founder and CEO of Aave. “This is a significant leap toward a future where the barriers between traditional and decentralized finance cease to exist.”

Subnets enable anyone to easily create powerful, reliable, and secure permissioned or permissionless networks with custom implementations. This includes features not available on other chains, like selecting which validators secure their Subnet activity, which token is used for gas fees, custom economic models, and more.

Crucially, Subnets remain natively integrated with the broader Avalanche ecosystem, don’t compete with other projects for network resources, and are available in an unlimited supply. This empowers Web3 applications to differentiate on user experience as they never have before with uniform rules underpinning all applications on a smart contract network.

Subnets will be the next growth engine in crypto, enabling novel functionality only possible with network-level control and open experimentation on a scale we haven’t yet seen,” said Emin Gün Sirer, Director of the Avalanche Foundation. “Smart contracts underpinned the amazing innovation in blockchains over the last five years, and no technology is better positioned to help carry on this tradition than Subnets.”

The Avalanche Foundation has launched Avalanche Multiverse, an up to $290M (up to 4M AVAX) incentive program focused on accelerating the adoption and growth of its novel “subnet” functionality, which enables a rich ecosystem of scalable app-specific blockchains. Within the context of its initial goal, the program is focused on supporting new ecosystems including, but not limited to, blockchain-enabled gaming, DeFi, NFTs, and institutional use cases.

Avalanche Multiverse will bring a DeFi Kingdoms specific Subnet or ‘appchain’ with a combined maximum of $15M of incentives for $AVAX and $CRYSTAL, a new Avalanche-native token created by DeFi Kingdoms to complement its existing $JEWEL token. Details surrounding the allocation of rewards will be forthcoming.

Additionally, Ava Labs, a core developer of the Avalanche client, will collaborate with the Aave Companies, Golden Tree Asset Management, Wintermute, Jump Crypto, Valkyrie, Securitize, and others to build the first horizontally-integrated blockchain specifically engineered for Institutional DeFi with native KYC functionality. This will enable regulated institutions to leverage the power of Subnets to access DeFi primitives at scale and accelerate the institutional adoption of DeFi.

Avalanche’s subnet with KYC infrastructure, will be a massive step forward for institutional adoption and we are proud to support the implementation,” said Wes Cowan, Managing Director of DeFi at Valkyrie Investments. “The subnet structure uniquely stays true to our beliefs of how we envision DeFi’s continued development with a decentralized mainnet, in parallel to a permissioned subnet. At Valkyrie, we look forward to bringing our institutional partners into the permissioned ecosystem & working within future regulatory frameworks to utilize decentralization ledger technology for both retail and institutional partners alike.”