Australian promoter, John Bigatton, has had his assets frozen and hit with a travel ban outside Australia. Bigatton is accused of floating a crypto-Pyramid scheme that saw investors lose $US2.6 billion ($3.7 billion).

Mr. Bigatton has acted for several firms as a financial investments advisor and a wealth management trustee. Most of the companies he is affiliated with are located in Sydney and Melbourne. His involvement in these firms has had him linked to the collapse of Bitconnect which saw US investors make huge losses on their investments.

Bitconnect’s collapse called attention to the massive risks that threaten the cryptocurrency industry. Due to its largely unregulated nature, security on investments tends to be low hence susceptible to theft. This has seen a series of class action suits instituted against Bitconnect.

The now defunct firm has been accused of pump and dump schemes in which investors were promised returns of up to 40 per cent by promoters and that people could “turn a $US1000 investment into a $US50 million return within three years”, according to a class action filed in Florida.

In addition to the charges levelled against Mr. Bigatton, ASIC records indicate that a company registered under his wife was also involved in underhand deals. The court also froze assets linked to JB Investment Management. The firm is registered solely to Mrs. Bigatton as the sole shareholder and director. She has since been on the run. Mrs. Bigatton is alleged to have fled and sent the funds linked to the investigations in an offshore account.

Mrs. Bigatton went missing in March sparking fears she had met with foul play or had taken her own life. She has since been considered a missing person and a homicide suit instituted. This has helped her escape from being named as a defendant in her Husband’s case and no suggestion has been made to the effect that Mr. Bigatton was involved in his wife’s disappearance. 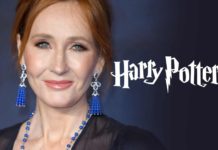