Cocos-BCX, the new-age public blockchain platform believes in innovation and novelties of ideas. The organization aims to set up a run-time ecosystem for games with multi-game system compatibility. Game developers can utilize their user-friendly platform for blockchain game development. Users also can have complete control and explicitness over in-game virtual assets. The platform building has been done on two foundations – a great gaming experience and better game economics.

What does Cocos-BCX stand for?

Game developers can conveniently migrate the traditional game formats onto the blockchain without the need to get technical. The developers could also use the components and tools provided by Cocos-BCX to generate game economy infrastructures like Non-fungible token (NFT) exchanges and banks. As a result, players can enjoy more games while managing their virtual assets well. Furthermore, Cocos- BCX helps in inter-chain and inter-domain asset exchange because it provides multi-chain compatible asset standards with cross-domain gateways. Key elements of Cocos-BCX include a full-stack solution for the development of games and economies on the blockchain. It also uses a delegated Proof-of-Stake(DPoS) consensus mechanism where the witnesses will share the same scheduled block generation for prolonged consistency and non-prejudicial ways.The supremely planned project also has created NHAS-1808 which is a proprietary token standard for non-fungible digital assets.

At the heart of the Cocos-BCX are these dominant features

Cocos-BCX components are created to seamlessly incorporate game content and decentralized economics. The integrated run-time environment simplifies the development process. Its run-time environment is compatible with Android, iOS, PC Web, and other systems. With CocosCreator, a complete package of tools and workflows, it makes interactions open to developers so that conventional game developers can migrate blockchain games easily.

The platform has launched games that have been developed by 3’rd-party developers. Templates also have been created so that developers can understand game development better. Snake Joy and CocosShooter are its two sample games.

Cocos-BCX has announced 11 small language communities around the world.

Cocos-BCX as a global project, the original intention of the Open Ecosystem Partner Incentive Program is to hope that the Cocos-BCX community will be built by more outstanding community members to jointly build a next-generation game digital economy platform.

Crypto World coming together to Help India in time of crisis

Twitters hack and why Decentralization is important 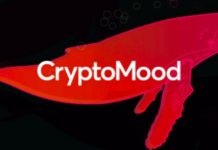